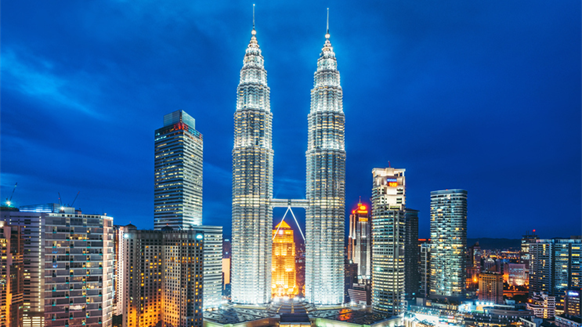 Malaysia's PETRONAS plans to continue with efforts to control costs even when oil prices recover.

Malaysia's state-owned Petroliam Nasional Bhd (PETRONAS) planned to continue with efforts to control costs even when oil prices recover after it saved approximately $851 million (MYR 3.4 billion) following implemention of cost cutting measures from the beginning of 2015 to the middle of this year, President and Group CEO Wan Zulkiflee Wan Ariffin said Wednesday, as reported by national news agency Bernama.

"Through the Cost Reduction Alliance program, we have managed to cut MYR 3.4 billion in terms of our costs since we started till the middle of this year," Wan Zulkiflee told the International Conference of Blue Ocean Strategy's plenary session in Putrajaya.

PETRONAS' Cost Reduction Alliance (CORAL 2.0) is a five year program stretching from 2015 to 2019 seeks to inculcate cost-conscious mindset across upstream sector in Malaysia. The industry-wide program aims to support sustainability in the local petroleum sector through cost optimization, increased efficiency and driving industry innovation across all operators.

Many international, national and independent oil and gas companies, including PETRONAS, had undertaken measures to cut cost due to the slump in global oil prices that commenced in the second half of 2014.

"In 2014, oil prices were more than $100 per barrel, at lunch time today it was $48. Oil companies had to do strategic responses, worried about cash flows, cut budgets and optimize the manpower and PETRONAS was no different," Wan Zulkiflee said, as reported by Bernama.

The CEO added that the Malaysian national oil company (NOC) had cut its capital and operating expenditures by $3.76 billion (MYR 15 billion) this year and had earmarked about $12.51 billion (MYR 50 billion) over 4 years.

He noted that even though the firm was focused on cash generation, simplification of process, project delivery and talent management, these cost cutting measures were not sustainable and so PETRONAS also needs a total overhaul of its company culture.

"I think over time as the organization grew bigger, we became more bureaucratic and many units became more in silo as time went by. So, we wanted to eliminate the belief of our staff that PETRONAS was bureaucratic and siloed," Wan Zulkiflee explained, adding that to attain the results, it was vital that the NOC improve the day-to-day experience of its 50,000 employees.