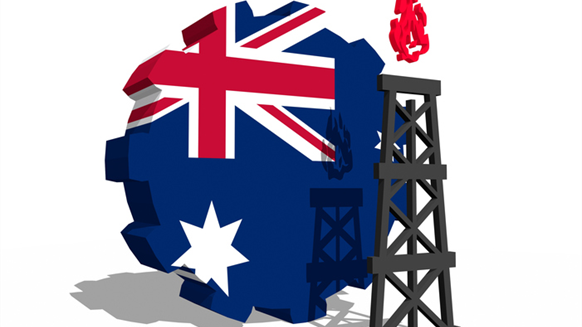 Australia is on track to become the world's biggest liquefied natural gas (LNG) exporter by 2019 yet faces a looming shortage at home as states restrict new drilling onshore and cash-strapped oil and gas companies cut spending.

The paradox has led to urgent calls from everyone from Australia's energy minister to petroleum giant Royal Dutch Shell and big industrial users like Dow Chemical and fertiliser group Incitec Pivot for action to spur new supply.

The issue is set to come to a head this month, with state and federal energy ministers due to meet on Friday and the government in the state of Victoria set to decide whether to lift a ban on onshore gas developments.

In a glimpse of the future, gas prices spiked to A$45 a gigajoule in Victoria in July, about six times the price of Asian LNG

"When Australian gas is selling for less in Tokyo than it does on the east coast of Australia, there's clearly a market failure," Incitec Pivot Chief Executive James Fazzino said in an email to Reuters.

Over the next five years, Australia's energy market operator projects average wholesale gas prices will rise from A$5.46 per gigajoule to A$9.28.

Part of the problem is that east coast gas demand is set to triple to more than 2,000 petajoules by 2018, from 700 PJ in 2014, as gas feeds three new LNG plants on Curtis Island off Queensland, operated by Shell, ConocoPhillips and Santos .

The companies agreed long-term export deals at a time of soaring global prices, and have locked in supplies from nearby coal seam gas fields, as well as gas from central Australia and even offshore Victoria, staple suppliers for the more populated southern states.

Incitec Pivot was so desperate for gas, which makes up half of its material costs, that it opted three years ago to build an ammonia plant in the United States, where gas prices have tumbled, thanks to the shale boom.

Beyond 2019, there is a growing gap between demand and supply, which will require companies to develop new projects, but the fate of those is up in the air, as oil companies have cut investment due to weak oil prices.

"If you want lower gas prices and have greater confidence about future supply, you really should be encouraging more gas supply and more suppliers," said Malcolm Roberts, chief executive of the Australian Petroleum Production and Exploration Association.

Australian demand will be underpinned by a strong push towards renewables as gas will be needed for generation to smooth out power flows from intermittent wind and solar, especially as dirty coal-fired plants are shut.

Solutions to get gas flowing include removing roadblocks to new projects and improving competition.