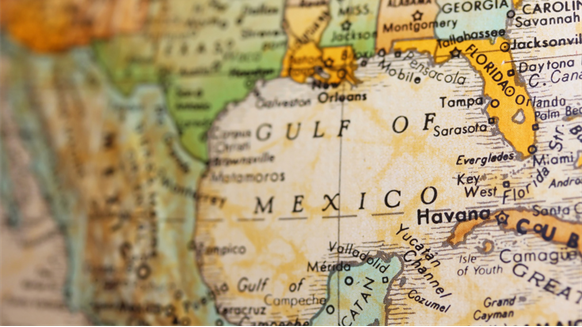 “There is a considerable amount of equipment out there that cannot operate at the depths of Port Fourchon and can at Port Cameron,” Falgout explained.

Right now, all oil and gas companies in the Gulf of Mexico have their eggs in one basket, said Falgout.

“There’s no redundancies and duplications of facilities to the extent necessary to accommodate the huge amount of business Port Fourchon does in case of a disaster or hurricane.”

“There will be port redundancy in the Gulf of Mexico somewhere, perhaps Texas or Mississippi,” said Falgout. “I would rather see that redundancy in Louisiana.”

However, with the recent inauguration of the new Panama Canal locks, ports in the Gulf are expected to witness more calls from post-Panamax vessels and consequently a surge in cargo volumes. Panama Canal officials said they already had over 170 reservations for transits through the canal this year, mostly for New Panamax cargo carriers that were unable to fit through the old canal, Bloomberg reported Wednesday.

“Asian carriers will definitely find it more economical to operate through Gulf-based ports rather than go up the East Coast. The gains could potentially be in the range of 4.5-6 million TEUs [twenty-foot equivalent unit] of cargo until 2028 which is roughly a 15 percent growth for ports in the Gulf,” Kulkami explained to Rigzone.

“However, the real impact will only be visible post 2017 once carriers adjust their schedules for the region. These developments definitely augur well for port operators in the region,” Kulkami concluded.