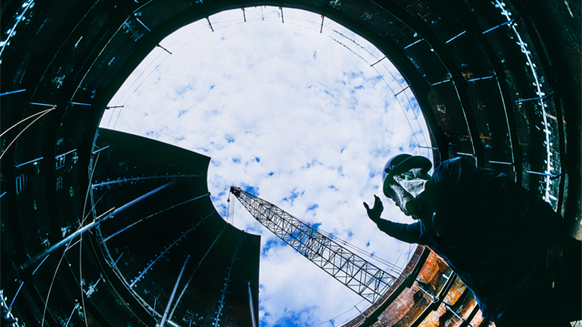 As the International Energy Agency (IEA) observed in June 2016, dramatic changes are underway in the world's natural gas trade. Thanks to shifting demand patterns, suppliers of liquefied natural gas (LNG) from producing countries such as the U.S. and Australia increasingly will need to look for new homes for LNG beyond traditional major destinations such as Japan and South Korea, IEA noted.

The expansion of the global LNG trade, coupled with growing demand for dispatchable electricity generation, translates into increased opportunities for natural gas storage operators, according to HSB Solomon Associates LLC (Solomon). The Dallas-based consulting firm contends gas storage players will need to develop an increasingly customized slate of products and services for existing and future customers, who are demanding more flexibility and becoming more cost-sensitive.

The near-instantaneous deliverability of natural gas upsets the decades-old structure of the storage market and makes some assets more valuable than others, continued Traya.

"Natural gas storage assets are generally characterized by deliverability rate, or the efficiency to put gas in or take it out of the market," he explained. "This new world order of shale production facilities that have the ability to offer quick response times to changing market demand is proving to be more valuable than in any other time versus the low-deliverability seasonal storage."

Although natural gas storage will always be needed, it will be characterized less by seasonal demand peaks and more by short-term peak loads, said Traya. He pointed out that drilled and uncompleted (DUC) gas wells will increasingly be put online to address fluctuations in electricity demand.

"North American natural gas markets will serve more as a just-in-time supply structure with the inventory of DUCs replacing the need for increased seasonal demand storage – that is, summer injection, winter withdrawal, etc.," explained Traya. "The clear winners will be high-deliverability storage facilities that can offer short-term supply for operational balancing and short-term demand increases and supply shortfalls."

Solomon is using the gas storage sector's changing supply structure as the impetus for a new proprietary study that it maintains will serve as sort of a map to navigate the changing landscape of this "new world order." The consultancy's Worldwide Natural Gas Storage Performance Analysis (Gas Storage Study) will track:

The biennial study will give subscribing gas storage firms access to information detailing opportunities to reduce their operating costs and improve margins, according to Solomon.

Rishabh Steel Industries  |  August 12, 2016
NICE DETAILS, LOOKING FORWORD FOR MORE NEW THINGS.
Rudolf Huber  |  August 09, 2016
No surprise, this new energy world is infinitely more complex than the behemoth dominated utilities were just some years ago. Renewables, changing production patterns and freer customers make the utility business a witches brew. These folks need quick absorber/boosters and LNG can just do that.
Marilyn Parman  |  August 08, 2016
Well this summary sounds reasonable and seems to be a viable solution to seasonal fluctuations in demand for natural gas. However, I believe that most of the storage of gas from United States wells should remain in the United States at least until we have treaties that do not undermine American business including storage facilities.