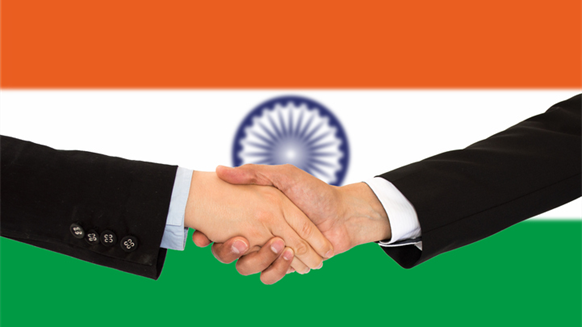 India is open to discussing a merger of some of its state-run oil producers and refiners to create a larger, stronger national firm, according to the country's oil minister.

(Bloomberg) -- India is open to discussing a merger of some of its state-run oil producers and refiners to create a larger, stronger national firm, according to the country’s oil minister.

The government is seeking the appropriate model for combining India’s state-run oil companies and hasn’t decided on any plan, Dharmendra Pradhan said in New Delhi on Monday. The combined market capitalization of India’s top eight state-owned oil and gas companies is about $80 billion, ranking a combined entity ninth among global oil firms, according to data compiled by Bloomberg.

“I am open to a discussion on merging oil companies,” Pradhan said. “There are two schools of thought. Whether we have a single entity or we have entities like we have today. We should find out a way of what should be the future model.”

India is set to emerge as the world’s third-largest oil consumer by the end of this year and will be the center of global growth through 2040, according to the International Energy Agency. Its upstream production is dominated by Oil and Natural Gas Corp., which operates independently of its biggest refiner, Indian Oil Corp.

The Press Trust of India reported Sunday that the government is deliberating on the issue of merging the companies, citing Pradhan. India had considered a similar proposal about a decade ago, but didn’t pursue any consolidation, R.S. Sharma, a former chairman of ONGC, said Monday.