Canada GDP Shrinks Most Since 2009 as Wildfires Crimp Oil Output 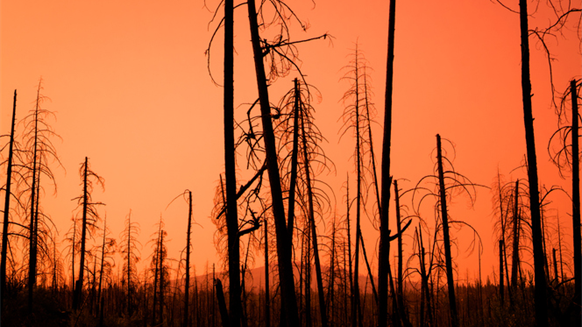 Canada's gross domestic product contracted at the fastest pace in more than seven years in May as wildfires curbed Alberta oil production.

Canada’s gross domestic product contracted at the fastest pace in more than seven years in May as wildfires curbed Alberta oil production.

The economy shrank 0.6 percent after an April expansion of 0.1 percent, Statistics Canada said Friday in Ottawa. The median forecast in a Bloomberg survey was for a 0.5 percent contraction. The drop was “primarily due” to the record 22 percent plunge in non-conventional oil production, the agency’s report said.

Excluding non-conventional oil, output shrank by 0.1 percent in May. Manufacturing fell by 2.4 percent, also the fastest since 2009, on disruption to transportation equipment makers and a 15 percent drop at oil refineries.

The wildfires are another chapter in a long-delayed economic recovery following years of weak global demand and a more recent plunge in energy investment. Whether or not oil production and the wider economy bounce back is critical for Bank of Canada Governor Stephen Poloz, who is standing by a prediction for an export recovery in the second half.

Poloz kept his key lending rate at 0.5 percent on July 13, pointing to signs oil production was resuming after fires knocked about 1 million barrels a day offline and forced the evacuation of 80,000 people from Fort McMurray. Poloz also projected the economy would rebound with annualized growth of

Conventional oil production rose 0.6 percent in May, as most refineries for that industry were outside the fire zone, Statistics Canada said.

Friday’s report was marked by other one-off factors. The output of utilities fell 1.8 percent in May after a jump in April when there were colder-than-average temperatures. The public sector expanded by 0.3 percent, led by gains tied to the collection of the 2016 census. Finance and insurance climbed 0.6 percent on increased claims linked to the Alberta fires.

Finally, arts and entertainment rose 4.3 percent, as the sting of Canadian teams failing to make the National Hockey League playoffs was eased by basketball and the return of Toronto Blue Jays baseball.