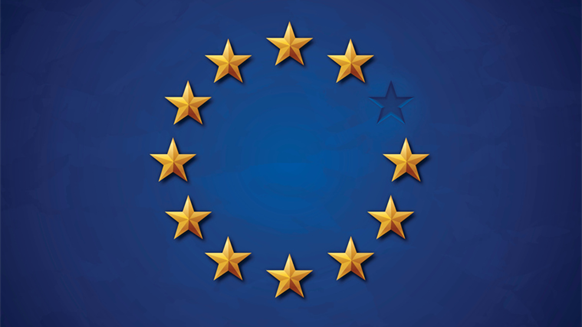 The pace of North Sea oil-field shutdowns is picking up as the impact of the market slump is compounded by the uncertain investment environment created by Brexit.

(Bloomberg) - The pace of North Sea oil-field shutdowns is picking up as the impact of the market slump is compounded by the uncertain investment environment created by Brexit.

Projected spending on decommissioning in the British sector in the decade to 2024 has risen to $22.4 billion (16.9 billion pounds), according to Oil & Gas UK, an industry group. That’s 16 percent higher than a 10-year forecast in 2014 as more sites are targeted for closing, it said.

The rout in crude to less than $50 a barrel has left about 30 percent of fields in the U.K. North Sea, one of the world’s highest-cost regions, operating at a loss, according to consulting firm Wood Mackenzie Ltd. The collapse was pushing more producers to hasten plugging wells on the sea floor even before the U.K. decision to leave the European Union.

“This has increased the number of fields we expect to cease in the near term, which has increased decommissioning costs,” said Fiona Legate, an analyst with Wood Mackenzie in Edinburgh. “There is a lot of political uncertainty in the U.K. following Brexit and this adds another complexity in investment decisions.”

About a third of operating platforms in the U.K. are more than 30 years old, which is beyond their original design life, Legate said. While $100 oil justified technological upgrades to keep them running, that’s changing. Oil production in the region averaged 965,000 barrels a day last year, down from a peak of 2.9 million in 1999, according to BP Plc data.

Wood Mackenzie expects spending on decommissioning, including removing steel structures offshore, to top 23 billion pounds in the decade to 2025. Budgets will triple to 2.8 billion pounds in 2018 from 899 million this year, it said. The estimate is so much higher than that of Oil & Gas U.K. because the costs are uncertain at this point, given how little decommissioning has taken place, the firm said.

Royal Dutch Shell Plc, one of the biggest North Sea operators, is shutting down the Brent field, which since the 1970s has produced crude that helps set the global benchmark. Decommissioning has been going on for a decade and is likely to continue for another 10 years, according to Duncan Manning, who heads the program for the Anglo-Dutch company.

Crude from that field and some others in the North Sea together form the dated Brent benchmark.

Shell is now producing from just one of the four Brent platforms. Even after a full shutdown removes about 100,000 tons of metal, it would still potentially leave concrete columns half the size of the Eiffel Tower jutting from the water.

Fairfield Energy Ltd. said last year it was starting to shut down its Dunlin field, given the asset’s life cycle, depressed oil prices and challenging conditions in the North Sea. Maersk Oil said 11 months ago it was seeking approval from U.K. Oil & Gas Authority to stop production from its Janice installation.

While oil prices have rebounded from a 12-year low earlier this year, the U.K.’s June 23 vote to leave the EU has further clouded the investment climate as the potential for a second independence vote looms in Scotland, which holds the bulk of Britain’s oil fields. A poll on Scottish independence from the U.K. was defeated in 2014, but after voters there overwhelmingly backed the losing side in the referendum on EU membership, a new vote is “very much on the table,” Scotland’s First Minister  Nicola Sturgeon said on June 26.

The North Sea has been battered by the slump in oil prices because of its high costs and dwindling resources. Oil and gas producers in the region will spend 40 percent less this year than in 2014 and by the end of the year an estimated 120,000 jobs will have been lost because of the downturn, Oil & Gas UK said in a report last month.

Brexit will further undermine confidence in an industry propped up by government tax cuts in recent years.

“There may be a pause while companies assess the uncertainties around commodity prices, foreign exchange rates, potential tariffs and politics,” Wood Mackenzie’s Legate said.