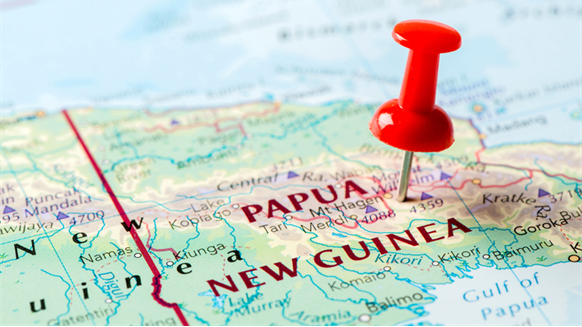 ExxonMobil offers superior bid for InterOil, according to Oil Search, which is also in the running for large natural gas reserves in Papua New Guinea and the possibility to export the fuel from the Pacific nation.

(Bloomberg) -- Exxon Mobil Corp. has offered superior bid for InterOil Corp., according to Oil Search Ltd., which is also in the running for large natural gas reserves in Papua New Guinea and the possibility to export the fuel from the Pacific nation.

Exxon is targeting gas fields that hold enough reserves to supply the U.K. for three years. The Irving, Texas-based giant already operates the existing $19 billion PNG LNG gas-liquefaction plant in Papua New Guinea, and the purchase would add a new source of the fuel for export. InterOil and its partners have planned the nation’s second export project, Papua LNG. Oil Search is a shareholder in both ventures and has encouraged a tie-up to lower development costs.

Papua New Guinea has lower costs than rival LNG sources, making it a more attractive place to invest in an oversupplied market for the seaborne fuel. A deal for InterOil could speed up a boom in fuel sales from the nation, which began exporting LNG in 2014.

InterOil’s gas fields are closer to the coastal site of its proposed LNG plant and the pipeline that would feed it cuts through a less densely populated region than Exxon’s, which pipes its supply down from the country’s highlands, according to a presentation published on InterOil’s website.

Oil Search is already a partner in both Exxon’s PNG LNG venture as well as Papua LNG. The Oil Search deal may save the country’s two projects as much as $3 billion and speed up development if they cooperate, according to Managing Director Peter Botten.

InterOil scheduled a shareholder meeting to consider the Oil Search transaction for July 28.

Exxon has pursued InterOil’s assets in the past. In May 2013, the Irving, Texas-based energy explorer entered into exclusive talks to acquire a stake in InterOil’s Papua discoveries, estimated at the time to hold the equivalent of 9 trillion cubic feet of recoverable gas. The talks collapsed later that year for undisclosed reasons.