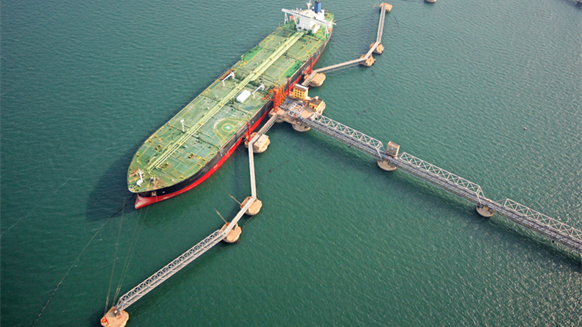 The world's biggest consumer of energy is producing less of it.

(Bloomberg) -- The world’s biggest consumer of energy is producing less of it.

China’s crude output dropped 4.6 percent to 101.59 million metric tons in the first six months of the year, the lowest for that period since 2012, according to data from the National Bureau of Statistics on Friday. Coal production fell 9.7 percent to 1.63 billion tons in the first half of the year. For June, crude tumbled 8.9 percent, coal fell 16.6 percent and natural gas slipped 0.5 percent.

The cutbacks highlight cost and environmental pressures on the world’s second-largest economy as it shifts toward consumer-driven growth and away from industrial production. Oil producers including PetroChina Co. and Cnooc Ltd. shut unprofitable fields amid a price crash and took advantage of cheaper overseas supplies. Meanwhile, coal output has slipped as President Xi Jinping’s government compels miners to reduce an overcapacity in the biggest producer and consumer of the fuel.

“Domestic crude production will remain weak, while coal-output cuts may even deepen in the coming months,” Tian Miao, an analyst with policy researcher North Square Blue Oak Ltd., said before the data were released. “China’s demand for overseas energy supplies including crude oil and coal will continue to grow in the second half year.”

China boosted coal imports last month to the highest in more than a year, pushing inbound shipments 8.2 percent higher during the first half. Purchases of oil from overseas have surged more than 14 percent over the same period, though they slowed to the weakest pace in five months during June.

PetroChina Co., the nation’s biggest producer, said in March it expects annual oil and gas output to fall the first time in 17 years as it shuts fields that have “no hope” of turning a profit, while Cnooc Ltd. sees output slipping as much as 5.2 percent this year.

Oil’s rate of decline is lagging behind expectations of 6.9 percent slide forecast by National Energy Administration in February. Coal’s slump is ahead of the outlook for a 8.2 percent drop.

The drop in coal and crude production contrasts with a 4.1 percent rise in natural gas output in the first half of the year to 69 billion cubic meters. Gas production is forecast to rise 13 percent this year, according to the NEA’s outlook. The government has encouraged the use of gas as a cleaner-burning replacement for coal and China National Petroleum Corp., the country’s oil and gas giant, intends to shift priorities in the second half of the year toward exploration and production of the fuel.