BLOG: After Brexit, What Now for the UK's Oil, Gas Sector? 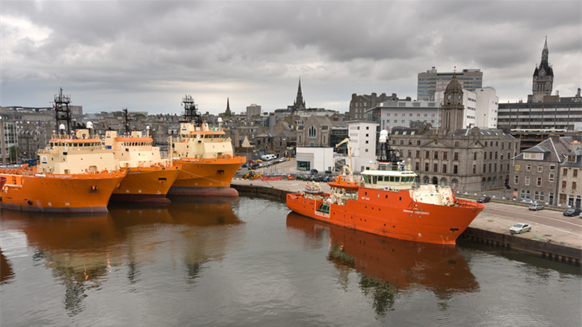 Rigzone's Editor-in-Chief sees some positives for the UK oil and gas industry after the country's decision to exit the European Union.

A month or so ago, I argued that if the UK were to leave the European Union, such an event, while certainly momentous for the country and its economy, would be unlikely to have too much of an adverse impact on the European upstream oil and gas sector.

The 'out' result of the Brexit referendum came as no great surprise to me. I may have spent more than two decades living in London, working alongside and hobnobbing with the so-called "metropolitan elite", but my roots lie elsewhere within the UK – in places where the forces of globalization have left many of my fellow Britons behind and with few prospects.

Anyway, what's done is done and – in spite of much chattering about Members of Parliament getting together to override the public's wishes and block the UK's withdrawal from the EU or even call for a second referendum – it seems almost certain that within a couple of years or so the UK will no longer be a member state.

So, what now for UK oil and gas?

In spite of the pound plunging in the short term, which could have the effect of driving up costs within the UK oil and gas sector - an industry that normally conducts its business in dollars - I reckon there are good reasons to be optimistic.

For a start, the UK withdrawing from the EU means it is more likely to be mindful of the need for energy security, instead of relying too much on energy supplies from abroad. That means incentivizing oil and gas explorers and producers to keep bringing hydrocarbons up from under the seabed or – as with the country's burgeoning shale gas industry – from under the ground beneath our feet.

Secondly, there will be less regulatory red tape because the UK oil and gas industry will likely not have to comply with all the EU-invented regulations that EU law currently demands they comply with.

Then there's the fact that skilled oil and gas people from other countries will become easier to hire for work in the UK than currently is the case. That's right! It will be easier to source skilled talent from around the world.

With the present EU free movement of labour system in place, it is far easier for a burger flipper from another EU country to enter the UK than it is for a highly-skilled oil and gas technician from a non-EU country. And such are the numbers of people that have been coming to the UK during the past few years – hundreds of thousands, annually –  the UK government has become even tighter on the requirements for non-EU nationals to get a visa to work in the country.

Some commentators have said that UK-based companies may have issues bringing in people from EU countries after the UK finally leaves. But if no longer being signed up to free movement of labour means fewer workers come to the UK from Europe overall, then obtaining a visa in order to do essential work should present few difficulties no matter where the worker comes from – as long as that worker possesses the requisite skills and experience.

The UK has made its choice. As I said in my column ahead of the pre-Brexit vote, the oil and gas industry often finds a way to operate very profitably in much more difficult political/economic environments than one in which the UK is simply no longer a member of the EU. But the government needs to come up with a solid plan for the future of the UK oil and gas industry, nevertheless.

S  |  July 11, 2016
I lived in the UK as a USA citizen on a Tier 2 visa as a highly skilled worker (Shortage Occupation List). From 2010 to 2013 the UK Border Agency requirements changed 3 times and any stay over 6 years would have not been permitted at the state of the laws in 2013. The path to Tier 1 had been taken away. UK Border Agency will need to address visa changes. O & G projects are most often done in US dollars. This means at a time when there is a shortage of capital and margins are low, UK company projects will cost more at a time when there are significant cost pressures. Scotland has a significant presence in the O&G sector especially and the majority wanted to remain in the EU and still may work toward that end in the same way they were planning to break from the UK. I think the immediate and short term impact on O&G from Brexit will be significant in the short term for these reasons.