New Rival Seen In Mediterranean Gas Race 'Before It's Too Late' 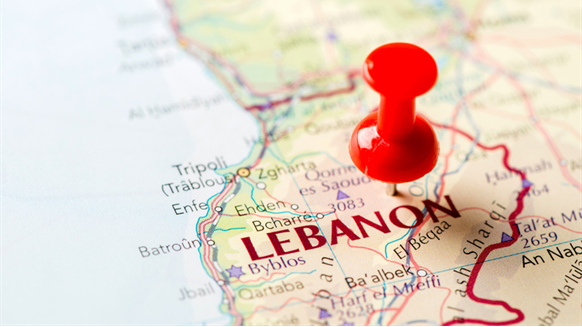 Lebanon may soon approve measures to push ahead with a stalled first auction of offshore oil and natural gas rights, ending years of political wrangling as it tries to catch up in a regional race to tap energy wealth in the eastern Mediterranean.

(Bloomberg) -- Lebanon may soon approve measures to push ahead with a stalled first auction of offshore oil and natural gas rights, ending years of political wrangling as it tries to catch up in a regional race to tap energy wealth in the eastern Mediterranean.

The auction first scheduled for November 2013 was frozen by the government’s failure to pass decrees to demarcate energy blocks, establish production-sharing contracts and specify tender protocols. Mohammad Kabbani, head of the parliamentary energy committee, said Monday that he expected the decrees to be approved “a short period” after the Muslim holidays of Eid al-Fitr this week.

“This would be the first serious step in three years,” Kabbani said in a phone interview in Beirut, without elaborating on the possible timing of an approval. “We should hurry up to be present in the market before it is too late.”

Lebanon has lagged behind neighboring Israel, Cyprus and Egypt in developing oil and gas deposits that may lie beneath its share of the Mediterranean Sea. Seismic surveys show the country could hold at least 96 trillion cubic feet of gas and 850 million barrels of oil, then-Energy Minister Gebran Bassil said in a December 2013 interview. Exxon Mobil Corp. and Total SA are among 46 companies pre-qualified to bid to explore off the country’s coast.

Lebanon has had no president for more than two years, and government institutions have been paralyzed by political divisions and sporadic violence that have deepened since the war in Syria erupted in 2011. Lebanon needs revenue to trim its public debt, the highest as a share of annual economic output among 22 Arab nations.

A breakthrough to enable the energy auction looks close, partly because a dispute has been settled over which of 10 blocks should be awarded, Kabbani said. Companies will be allowed to bid for the blocks they want, and the government will then approve two or three, he said.

The possibility that Lebanon shares offshore gas reserves with Israel adds urgency to the effort, Kabbani said. Turkey and Israel ended years of diplomatic estrangement in June, opening the way for Israel to export fuel to the Turks from its offshore Leviathan field. “We have to prove we are here and we are serious,” Kabbani said.

Rudolf Huber  |  July 06, 2016
I can't see any race there. Most of the fields are many years, sometimes a decade or so, away from development. But it's always a good thing to get going.
RELATED COMPANIES
Company: Exxon Mobil Corporation more info
Company: TotalEnergies more info