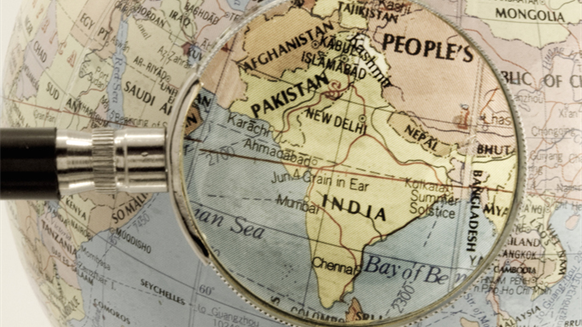 Spending plans are ratcheting up and stalled projects restarting after the government in March announced pricing freedom for natural gas from deepsea fields that begin production this year. Coming at a time when the cost of rigs and services has halved, that’s prompted India’s largest explorer Oil and Natural Gas Corp. to launch its biggest development campaign yet. Reliance Industries Ltd. is preparing to restart work at four offshore oil and gas blocks.

The flurry of activity is providing some respite to services companies including Schlumberger Ltd., Technip SA and Halliburton Co. that were stung last year by more than $100 billion in slashed spending by explorers as oil collapsed. Investments in India are growing to meet Prime Minister Narendra Modi’s target of cutting import dependence by 10 percent over six years as increased consumption puts the nation on track to become the world’s third-largest oil consumer.

“In India, there are two to three major identified projects and they are probably bigger than anything else going on in rest of the world,” Technip India’s Managing Director Bhaskar Patel said in an interview. “India is a place where there is work available.”

India’s hydrocarbon resources still remain highly undeveloped and the government’s new liberal approach is nudging companies to invest in tapping them. The measures are expected to boost gas output by 35 million standard cubic meters a day and unshackle projects worth 1.8 trillion rupees ($27 billion), Oil Minister Dharmendra Pradhan had said when the policy changes were announced.

About 90 percent of the new spending would go to companies that provide services from drilling to testing and the laying of infrastructure.

Halliburton is positioned to participate in “the country’s ambitious plans to increase its domestic production,” the company said in an e-mailed response to questions. “India plays a crucial role for sustained development in the region for Halliburton.”

ONGC will contract deepwater drill ships and dozens of jack-up rigs for a $5-billion development program in the Krishna-Godavari Basin, he said. The company intends to spend 11 trillion rupees by 2030 to raise output.

Reliance has held meetings with oilfield-services companies to restart work at four offshore oil and gas blocks, including one of India’s biggest natural gas discoveries, people with knowledge of the plan said in May. It plans to drill 21 wells in four offshore areas, including the deepwater KG-D6 block in the Bay of Bengal, the people said.

India’s exploration binge still won’t be enough to compensate for canceled projects around the world as oil prices settle below 50-a-barrel of crude from more than $100 two years ago. Worldwide, the oil and gas industry will cut $1 trillion from planned spending on exploration and development because of the price slump, consultant Wood Mackenzie Ltd. said this month.

Read more on planned spending in the oil and gas industry here.