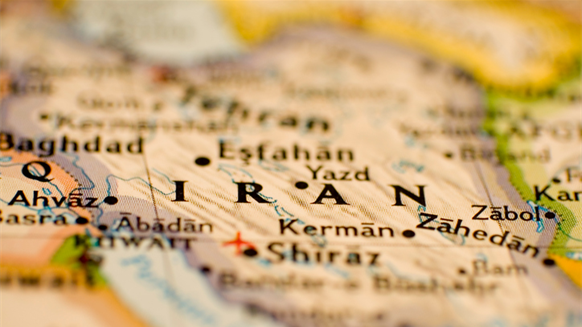 Oil minister Bijan Zanganeh hands the running of Iran's national oil company to a trusted ally in a push to agree long-awaited deals with global oil majors, which could be derailed by next year's presidential polls.

DUBAI/LONDON, June 27 (Reuters) - Oil minister Bijan Zanganeh has handed the running of Iran's national oil company to a trusted ally in a push to agree long-awaited deals with global oil majors, which could be derailed by next year's presidential polls.

The new deals, known as Iran Petroleum Contracts (IPCs), follow the lifting of Western sanctions in January and would end a system dating back more than 20 years under which foreign firms were banned from owning stakes in Iranian companies.

Iran last week selected several local firms which can become partners of Western oil companies and on Monday, Zanganeh pledged to tender 10 to 15 fields under new deals as early as this summer. Oil majors insist these must be more attractive than the loss-making contracts of the 1990s.

The change follows the naming this month of Zanganeh's trusted ally Ali Kardor as head of the National Iranian Oil Company (NIOC), replacing Rokneddin Javadi who had held the post since 2013 and has been made deputy oil minister for supervising hydrocarbon resources.

Iranian and industry sources say the NIOC reshuffle is aimed at boosting oil exports and getting some deals in place ahead of Iran's 2017 presidential election as an internal political power struggle intensifies.

"There has been a lot of pressure on Zanganeh for not doing much to bring new oil investments as quickly as promised and until now the new contracts are still being drafted," said the oil executive.

Kardor, who was earlier NIOC's director of investment and financing, is "one of Zanganeh's old guard", a senior non-Iranian oil executive with close contacts to Iran said.

Because of his background in finance, Kardor's appointment is meant to show that Zanganeh is serious about attracting much needed oil investments quickly, sources told Reuters.

Iran's new oil and gas contracts are a cornerstone of its plans to raise crude production to pre-sanctions levels of four million barrels per day (bpd), and the OPEC member has said it needs $200 billion in foreign money to reach the goal.

But the domestic infighting over the structure and commercial terms of the new oil and gas development contracts has caused several delays in tendering them. Plans for a London conference to present them have been delayed by almost two years.

Tehran's oil sales have nearly doubled since December, with companies such as Royal Dutch Shell and Total resuming purchases, despite the absence of upstream deals.

"We haven't seen anything. Nothing at all which would indicate that work on contracts is progressing," a top executive of a major Western oil company with a long history of dealings with Iran said.

Rudolf Huber  |  June 28, 2016
And the wait is not over yet. The Iranians are in a predicament - their population expects big money out of those contracts but the current market wont allow for that. The question is - who caves in first. I have a hard time imagining that it could be the market.