Oil Glut Is Fading Where You Would Least Expect: Saudi Arabia 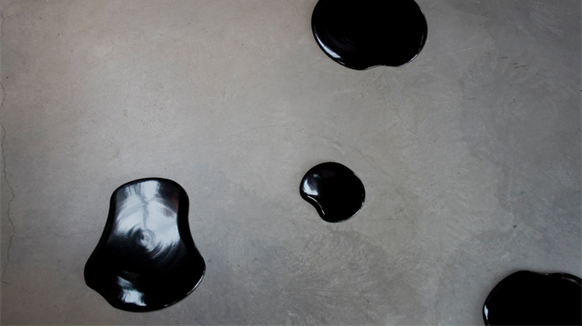 Saudi Arabia, a country nearly synonymous with plentiful crude supplies, is offering one of the strongest signs yet that the glut that has plagued the oil market since 2014 is coming to an end.

(Bloomberg) - Saudi Arabia, a country nearly synonymous with plentiful crude supplies, is offering one of the strongest signs yet that the glut that has plagued the oil market since 2014 is coming to an end.

“The drop in Saudi crude stocks signals the rebalancing has started,” said Amrita Sen, chief oil analyst at consulting firm Energy Aspects Ltd. in London. “Crude stocks are coming off in places where either the data is opaque or the market isn’t paying as much attention.”

With oil traders focusing on supply changes in the U.S. and to a lesser extent in Europe and Japan, the drop in Saudi inventories has gone largely unnoticed. Since October, when Saudi supplies reached a record high, stocks have fallen by 38.6 million barrels as the kingdom provided more crude to the market than it pumped from its oilfields. Over the same period, U.S. crude stocks increased by nearly 61 million barrels.

“Saudi Arabia cannot continue to draw down stocks forever," said Olivier Jakob at consulting firm Petromatrix GmbH in Switzerland. With inventories down, Riyadh “will contribute to the rebalancing” of the oil market in the second half of the year and in 2017, he said.

Saudi Arabia’s new energy minister has offered his own opinion that the market is emerging from the global glut.

“The worst is clearly behind us,” Energy Minister  Khalid Al-Falih told Bloomberg television when OPEC met in Vienna on June 2. “We see a balanced market, we see supply and demand converging. We may have started inventory drawdowns that will continue for the foreseeable future.”

The amount of Saudi crude in domestic and overseas storage facilities stood at 290.9 million barrels at the end of April, the lowest level since August 2014, according to JODI data. In addition to tanks within the kingdom, Saudi Arabia keeps crude in large storage facilities in Sidi Kerir in Egypt, Okinawa in Japan, and Rotterdam.

At current trends, Saudi crude stocks are set to fall further, analysts and traders said. In April, the kingdom supplied the market - a mix of crude exports, domestic refinery consumption and direct burn at power plants - with roughly 10.5 million barrels a day, compared with production of just 10.2 million, leading to a drop in stocks, according to JODI data. Preliminary data for May point to the seventh consecutive monthly drop in crude inventories, with stocks down another 5.6 million barrels.

Unless the kingdom increases production or reduces exports, the stock draw will deepen as Saudi Arabia uses significantly more crude between June and September to produce electricity for cooling during the sweltering summer months. Within the last year, Saudi Arabia has increased its refining capacity, too, further adding to crude demand.

“The seasonal increase in crude burn from April and the higher base of refinery runs imply further sharp stock draws or higher production to maintain exports,” said Seth Kleinman, an oil analyst at Citigroup Inc. in London.

The kingdom burned 500,000 barrels a day at its power stations in April, the most for the month since at least 2009. Traditionally Saudi crude burn reaches a peak in July to August at around double the rate of April. Even if Riyadh raises its oil production this summer to the all-time high of 10.56 million barrels a day set in June 2015, stocks may fall further, depending on whether current export levels and refinery intakes are maintained.

The International Energy Agency said earlier this month that Saudi Arabia could increase production beginning in June to cover increased power needs during the summer. The kingdom’s production has been around 10.2 million barrels since the start of the year.

“They’re not in a hurry to ramp up for the time being and that has shown in stocks coming off,” said Abhishek Deshpande, an analyst at Natixis SA in London. “It’s very strategic, what the Saudis are doing. They don’t want to give any shocks to a very fragile market.”

michael mclaughlin  |  June 27, 2016
You have to be sober when looking at SA. The known reserves they have are...well, we are not sure what reserves they do have. They have been pumping for a long time. I believe that SA will wake up and decide that they have been shooting themselves in the foot. How long can they sell crude for less? I guess for awhile more.
Al  |  June 25, 2016
Sure, their oil inventories are declining ... on paper. My guess is that they are trying for a little price manipulation. I say that because, unless I missed something, they have not cut production (in fact, according to them, they are building infrastructure to increase it) and there has been no increase in worldwide demand. Something isn't right.