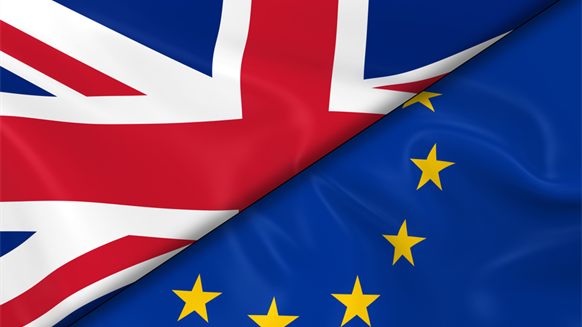 The UK voting to leave the EU is unlikely to have a major adverse impact on its oil and gas sector, but the industry calls on clear leadership from the country's government to minimise uncertainty.

The people of the United Kingdom's decision to leave the European Union is unlikely to have a major adverse impact on the country's oil and gas industry, companies and organizations involved in the sector said. But they also called for clear leadership from the UK government on the way forward for the industry in order to minimize uncertainty.

Airswift, one of the world's biggest oil and gas recruitment firms, noted that a poll it conducted prior to the June 23 referendum revealed that only around one-third of energy sector workers would have voted to remain in the EU. Airswift CEO Peter Searle said:

"That said, this result could create uncertainty for North Sea operators, particularly around the need to source talent for projects in and around the EU. However, leaving the EU could ultimately signal a more prosperous future for the UK North Sea. Norway, a key player in the energy industry, already exists successfully outside of the EU and now it’s the UK’s time to carve out its own future."

“The only worry would be the reluctance of some foreign or overseas oil companies investing into the North Sea further, or into other exploration projects either on the mainland in other areas of the United Kingdom or in other energy sectors,” Searle told Rigzone in a telephone interview.

“That would be a worry…which could have an impact on jobs and the ability for people from the UK in the engineering world to find employment…It may affect negatively salaries, because of that reluctance to invest because of the long term instability over the next three or four years. There’ll be no clarity of vision on this for some time about what the real long term impact of not being attached and an intimate part of Europe is going to be,” he added.

"The most immediate concern is that Brexit's potential economic impact may exacerbate the already challenging environment created by lower oil prices. This, combined with the possibility of a further Scottish independence referendum, has created even more uncertainty in an existing pool of uncertainty for the industry. However, it is important to remember that legal frameworks will not change immediately (if they are to change at all). What is needed now is clear leadership on the way forward – and quickly!"

In a statement, trade association Oil & Gas UK noted that the UK oil and gas industry is at "a critical juncture" and that the UK Continental Shelf needs to continue to attract investment.

"We hope that all those involved will now come together and work constructively to make this transition as smooth as possible and we ask that the UK Government clearly outlines the process which will follow to minimise any potential period of uncertainty," the statement said.

"We will be consulting closely with our members in the coming weeks and look forward to engaging with all governments to play our part in this process."

Integrated energy company SSE said that the result presents no immediate risk to how it will operate, but warned that the UK Government should be mindful of the importance that the harmonization of the GB energy market with the countries in Europe can have on efforts to deliver clean and secure energy.

“SSE agrees with the UK Government that collaboration with other European countries on energy matters is important for UK consumers. It therefore hopes that the UK Government and the European institutions will provide clarity on future plans for the UK’s involvement in the IEM,” said SSE in a company statement on its website.

Following the vote, Royal Dutch Shell said it would work with the British government and European institutions on any implications for its business from Britain's decision to leave the European Union. The company was in favour of Britain remaining in the EU and said that its priority was to continue supplying energy to customers in Europe and the UK.

Engie CEO Isabelle Kocher echoed Shell’s sentiment and said the company remained committed to investing in the UK, but said that she regretted the British people's decision to leave the European Union. Kocher said the vote does not affect the firm’s view of Britain, where it currently employs around 17,000 people. BP also announced that its headquarters would remain in the United Kingdom, despite Britain voting to leave the EU.

David G  |  June 29, 2016
Do not fully agree with Stephen K, companies that deal in USD also have a separate USD bank account. Similarly most CAPEX projects are edged at the contract signature stage so avoiding the risk of currency fluctuations. Meaning that the effects of BREXIT and the UK/USD currency fluctuations would not change anything for existing contracts. Fully agree that monetary conversions from another currency to GBP may be affected, but that can be controlled.
Steven K.  |  June 24, 2016
Many/Most O&G CAPEX spending is done using US dollars. So, immediate spending in GBP would cost 8-11% more. It is the exchange rate and the currency used in transactions which will impact the industry. At a time when O&G is trying to reduce spending this matters a lot, I think.
Steven K.  |  June 24, 2016
Hmm ... Many CAPEX projects are priced in US dollars. So, UK companies, for instance, who planned projects in USD just got more expensive at a time when O&G companies are trying to recover through reduced margins and spending. It will be a currency exchange issue for many companies involved in global projects, especially those without a large of capital on hand. Also, this could impact already tightening lending.
john weaver  |  June 24, 2016
The Brits want to reclaim their country. This homogeneous society is not working anywhere.
RELATED COMPANIES
Company: Oil & Gas UK more info