The Keys To Managing Employee Engagement 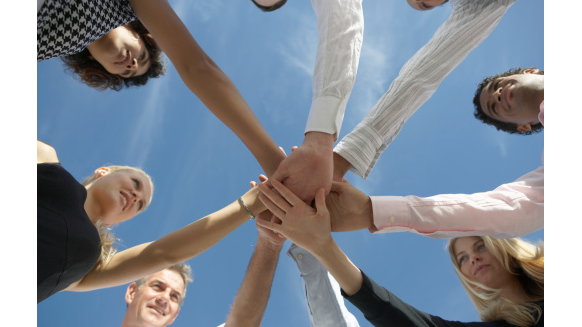 Experts in the oil and gas industry share ways to identify and effectively manage employee engagement.

A job requires more than just showing up, doing what’s expected and going home. The best workers know this and the smartest companies strive to create an environment in which all employees are fully engaged and positively contributing to the organization.

Employee engagement, especially during a stressful time for the oil and gas industry, is not only important, but imperative to the future success of any business. Rigzone explores how employers can effectively manage their employees’ engagement levels in the middle of one of the industry’s worst downturns to date.

Before an employer can manage anything, they first must identify what needs to be managed. In this case, it’s measuring which employees are engaged and which ones are not; in other words, who’s rowing your boat and who’s sinking it.

“Employee engagement is a loose measure of how well the business organization has united the interests of the company and the willingness of its workers to accomplish those interests,” Ron Newton, president of PEAK Training Solutions, told Rigzone. 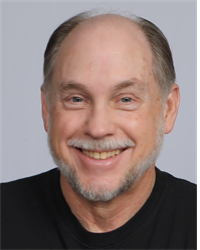 Newton, who has 25 years of experience assisting oil and gas companies in development of employee engagement initiatives, defined the spectrum of engagement as:

Employers in the energy sector don’t have a dependable model for measuring the motivation of their workers, but there is justifiable concern about the demotivating effect the industry’s downturn and employment instability has on workers’ temperaments, said Newton.

“This is the real problem for energy sector employers seeking increased employee engagement – the greater the instability, the more likely the worker is to crawl into an emotional hole and disengage from the teamwork needed to safely and effectively do their job,” he said.

For this reason, Newton categorizes the current level of employee engagement among workers in the energy sector as “nervously engaged.”

“Their emotional driver for staying engaged—and prompting others to do the same—is the threat of personal financial insecurity,” Newton said. “They work more for the security of a paycheck than the success of the organization, even if the two are intertwined.”

When two people become engaged to get married, they’re essentially making a commitment to each other. Similarly, employers also ask for a commitment – from their employees. 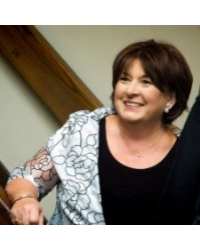 The point made by Jo Clem, who retired from Apache Corporation after serving as worldwide advisor for employee development, is that engagement is really a two-way street.

“You will not get engagement from people where there is no loyalty, and people won’t commit to someone they don’t trust,” Clem told Rigzone.

Where those loyalties lie has a lot to do with the generation, said Clem.

Whereas baby boomers in senior positions grew up in an environment in which loyalty was a given (i.e. I work for you, you pay me, we both work for the good of the whole), the current commodity environment and changing attitudes of younger workers has caused a shift in loyalties, she said.

Middle managers near the ages of 40 to 50 years old view the Great Crew Change as an opportunity to be promoted into open senior roles made available due to the retirement of baby boomers.

Clem describes their loyalty at about 50/50 – half to the company and half to themselves.

“Then there’s the younger employees, specifically millennials, and without question, their loyalty is to themselves,” she said. “Research says millennials will change jobs and even career fields three to five times in their lifetimes. They have no qualms about trying something new and they’re very open to change. Their engagement is tied directly to ‘what are you going to do for me?’”

Clem added, loyalty is usually to a person and millennials will typically engage with a person before they will with a company because they trust and respect the person. 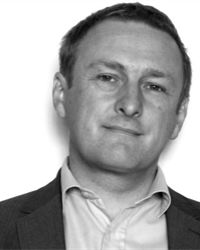 Ben Hawkes, founder and director of Mindsight Limited, shared similar sentiments regarding the importance of loyalty.

“Employers that are open and honest with their employees and keep their employees regularly informed and updated are likely to have more loyal employees. On the other hand, employers who make announcements and layoffs out of the blue with little rationale will be eroding the loyalty of the very employees the company will be dependent upon in the future.”

When determining the engagement levels of their employees, companies should be cognizant of those who are on neither end of the spectrum.

In between the workers who are engaged and those who are not engaged lies a complex area, said Hawkes.

“Employee engagement is actually a mix of loyalty or commitment; satisfaction with tasks, pay and benefits; and motivation,” he said. “A fully engaged employee will have all three. A ‘middle-of-the-roader’ may have just one or two.”

Hawkes classifies “middle-of-the-roaders” as either:

Referring to middle-of-the-roaders, Nav Dhunay, CEO of Calgary-based oil and gas tech firm Ambyint, told Rigzone that ideally, these employees would have been let go in one of the company’s subsequent rounds of layoffs. When that’s not the case, these employees can actually add quite a bit of value to the organization. 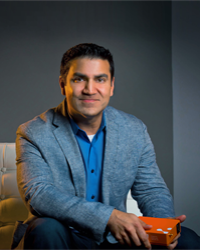 “The way to get them engaged is to get them more involved in crafting the solutions. I’ve found that high-performing employees always tend to attack lots of tasks, but sometimes get distracted and move on to the next big thing,” Dhunay said. “The middle-of-the-roaders are the ones that can focus on a particular task or piece of work. Get them involved with projects early on – not necessarily coming up with ideas, but in the execution. They’re the type of workers that enjoy autonomy and working on tasks as opposed to generating new ideas.”

Getting the Most Out of Your Employees

With no clear end in sight to the industry downturn, Newton stressed the importance of adopting a forward-looking view and committing resources to institute strategic employee engagement initiatives now.

“Waiting for the sector to gear up again will make the task more difficult,” he said.

And at the heart of those initiatives should be leadership development within an organization.

“Development of transformational leadership skills such as interpersonal communication, intervention, coaching and conflict resolution should be given priority because these are the temperamental weak points of most energy industry supervisors,” Newton said.

Employers should also consider the downturn an opportune time to invest in people, said Dhunay.

“As companies reinvent themselves, it’s important to ask what the new jobs will look like and determine if we can provide training for the staff we have to move in different roles within the organization,” he said.

Whether it’s paying for training and development classes or bringing in a subject matter expert, spending money on education is a great way to show employees that they are valued, and it helps equip a stronger workforce, said Dhunay.

In an industry in which numerous layoffs have –  and will continue to – inevitably drive down employee engagement, employers have to remain steadfast in rewarding employees’ commitment with honesty, openness and fair, transparent decision-making. While doing these things won’t solve the morale and productivity issues, it will minimize them, Hawkes said.

“Leaders need to understand that employee engagement is personal. In industries such as oil and gas, there is a real concern that when good people leave, they take with them years or decades of knowledge and technical skills,” he said. “You can’t keep all of your employees engaged all the time, but you should be trying your damnedest to drive up the engagement of your most valued employees at every level and in every division of your organization.”