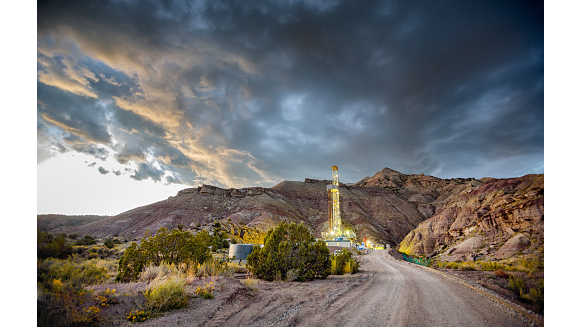 Germany's coalition government agrees to ban fracking for shale gas indefinitely, after years of fractious talks over the issue, but environmental groups said the ban did not go far enough and vowed to fight the deal.

BERLIN, June 21 (Reuters) - Germany's coalition government agreed to ban fracking for shale gas indefinitely on Tuesday, after years of fractious talks over the issue, but environmental groups said the ban did not go far enough and vowed to fight the deal.

Test drilling will be allowed but only with the permission of the respective state government, officials said.

German industry is keen to keep the door open to fracking - which involves blasting chemicals and water into rocks to release trapped gas - arguing it could help lower energy costs, but opposition is strong in the country, where a powerful green lobby has warned about possible risks to drinking water.

If the law is approved by parliament, Germany will follow France, which has banned fracking, whereas Britain allows it subject to strict environmental and safety guidelines.

Germany was on the verge of a parliamentary vote on similar legislation to ban fracking a year ago, but the effort stalled amid disagreements between Chancellor Angela Merkel's conservative Christian Democrats (CDU) and the left Social Democrats (SPD).

The two parties agreed on Tuesday to an indefinite ban, but the compromise legislation calls for the German parliament to reassess whether the decision is still valid in 2021, said Thomas Oppermann, who heads the SPD's parliamentary group.

CDU officials confirmed that a compromise had been reached.

Friends of the Earth Germany (BUND) criticised the proposal and said that by setting a date for a fresh look, the coalition had essentially agreed to allow fracking in five years.

"The coalition's agreement on a fracking permission law is hair-raising. The law must be stopped and replaced with a true fracking ban," Hubert Weiger, who heads the environmental group, said in a statement.

Both parties were due to debate the legislative proposal in caucus meetings on Tuesday.

Further details of the compromise legislation were not immediately available.

Bill Cagle  |  June 22, 2016
Further to Mr. Bob Masnyks opening statement: Millions of hydraulic fracturing operations have been conducted on a global basis successfully and safely since the inception of the technology. The inception of the technology was in 1948 by Stanolind Oil & Gas that eventually became Amoco and now BP. U.S. Patents were filed and issued in 1952. As Mr. Masnyk states, millions of hydraulic fracturing operations have been conducted on a global basis in the almost 70 year history of hydraulic fracturing. The difference between then and now is that we are now drilling long horizontal holes in the shales and performing multiple hydraulic fracturing operations in the same wellbore. The environmental claims of shallow freshwater contamination are much ado about nothing - they have picked out the wrong rabbit to chase. The hydraulic fracturing is usually several miles away underground far below the freshwater drinking formations. In addition to being far underground, the freshwater bearing formations are separated from the hydraulically fractured formations by several strings of steel casing all cemented and tested to preclude any leakage. Multiple failures of steel and cement would be required for there to be freshwater formation contamination from deep hydraulically fractured formations. If hydraulic fracturing is banned, then all of the shale horizontal drilling ceases because hydraulic fracturing is required to produce oil and gas from these low permeability formations. And say goodbye to U.S. energy independence and hello to increased oil imports from unfriendly countries!
Bob Masnyk  |  June 21, 2016
Millions of hydraulic fracturing operations have been conducted on a global basis successfully and safely since the inception of the technology. Like any technology there is the potential to abuse the use of force to maximize profits power usually motivated by greed. It is possible to be gentle using growth propagation models and minimize negative impacts on the environment caused by fracking. Environmentalists need to wake up and gain some insight to the ever increasing demands for energy and will have to conclude that renewable energy sources will not replace hydrocarbon based products such as plastics, of which undoubtedly everyone owns personal possessions or packaging, etc. and jet fuel to power air transport any time soon. I am sure that the greenest of these environmentalists use petroleum energy and hydrocarbons on occasion. I am sure they want to sound educated and most certainly wants to stop burning coal to generate electricity, after all the solar people have to realize that the sun does not shine every day or wind does not blow everyday for your breezy types. Make sure you saddle up your horse and buggy next time you attend on of these green conventions. Not likely. Natural shale gas is a very clean and abundant energy source that absolutely requires fracking to economically exploit the geologic formations it is trapped in. At the end of the day, you don't want to be hypocritical like celebrities such as Leonardo DiCaprio, who advocates clean air and global warming resulting from greenhouse gas emissions, as a UN ambassador, but personally uses more petroleum energy than many small towns and cities to fuel his empire. Greenhouse gases are also generated from feed lots for you steak lovers Maybe everyone should stop eating meat and other methane producing food sources. Think about it before rejecting a clean abundant energy source that is needed to grow world economies.
A Jones  |  June 21, 2016
Another case of politically motivated Greens trying to take charge when clearly they do not understand the process of hydraulic fracturing. We are foolish to allow them to stagnate many economies in the name of saving the planet when they are actually about to ruin the lives of many by keeping us in the dark and cold. Germany has astronomical energy costs due to the Green lobbyists who advocate renewables at the expense of the poor who cannot afford to keep warm. Great if you can afford fur coat and knickers.