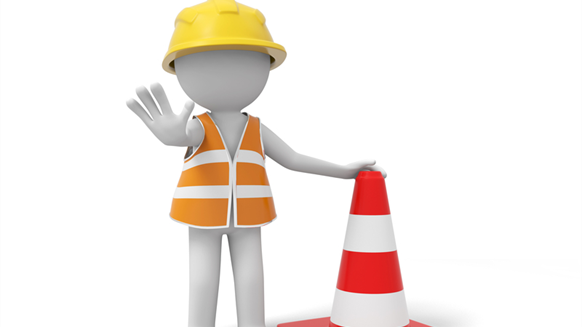 Iran easily beat expectations with its speed in boosting oil exports after the lifting of sanctions. Without an injection of cash and the easing of remaining trade barriers, the recovery may have run its course.

(Bloomberg) -- Iran easily beat expectations with its speed in boosting oil exports after the lifting of sanctions. Without an injection of cash and the easing of remaining trade barriers, the recovery may have run its course.

When restrictions on Iran’s oil exports were relieved in January following a nuclear pact with world powers, analysts from Goldman Sachs Group Inc. to Barclays Plc doubted it could return to previous levels this year. The Persian Gulf state defied the skeptics with a 25 percent surge in production and aims to reach an eight-year high of 4 million barrels a day by year-end.

“They have surprised most market participants with the speed they’ve been able to resume production,” said Antoine Halff, a senior fellow at the Center on Global Energy Policy at Columbia University in New York. “But to exceed pre-sanctions levels would require investment and technology and that’s a much longer-term proposition.”

Returning to world markets after more than three years of isolation, Iran is seeking more than $100 billion of investment from international partners to rehabilitate its oil industry and ultimately reclaim its position as OPEC’s second-biggest producer. Still, companies are still waiting for Iran to approve the contract model to be used in deals and for clarity on remaining U.S. sanctions before re-entering the country.

Since limits on crude sales were lifted, exports have doubled to about 2 million barrels a day, flowing again to previously prohibited markets in Europe, where Royal Dutch Shell Plc and Total SA resumed purchases. Production reached pre-sanctions levels of 3.6 million barrels a day in April and maintained that level in May, the Paris-based International Energy Agency estimates.

Iran’s own figures have output climbing to 3.8 million barrels a day in May, with plans to hit 4 million by the end of the year and ultimately reaching 4.8 million within five years, Oil Minister Bijan Namdar Zanganeh said June 3 in Vienna. With Total, Eni SpA and BP Plc having expressed interest in developing Iran’s resources, Zanganeh predicts the first deals with foreign companies will be signed within three months.

While oil analysts concede that Iran surpassed their initial forecasts, they aren’t convinced its greater ambitions will be realized soon. Qamaar Energy Chief Executive Officer Robin Mills and independent consultant Peter Wells, who both have experience working in Iran, say that sustaining a level of 3.6 million to 3.8 million a day is more realistic.

Oil ministry officials didn’t immediately respond to requests for comment on whether output would plateau without the added spending.

Iran will need billions of dollars of investment and foreign technology to boost reservoir pressure to expand capacity at its aging, cash-starved wells, which were already suffering output declines before sanctions hit, the Paris-based agency estimates. Even with an influx of investment, returning to 4 million barrels a day won’t happen before 2021, the IEA predicts.

“They are doing everything they possibly can on their own while waiting to bring in foreign partners,” said  Bjornar Tonhaugen, an analyst with Rystad Energy AS in Oslo, an oil consultant that advises more than 600 clients. “The risk now is that it’s not sustainable.”

Iran can boost capacity by 300,000 barrels a day in the next several years from deposits in the West Karoun area near the Iraqi border, said Tushar Tarun Bansal, an energy analyst at consultants FGE in Singapore. Zanganeh, in an interview with Iranian magazine Seda Weekly published June 11, said the country can add 700,000 barrels a day from these fields over five years.

However, attracting foreign capital will be a struggle when a model contract for oilfield investment isn’t ready and as a range of U.S. sanctions remain in place, said FGE’s Bansal.

Even after dropping sanctions on Iran’s oil sales, the U.S. still prohibits transactions related to the Islamic Republic from being conducted in dollars, restrictions imposed because it accuses Iran of human rights abuses and sponsoring terrorism. Zanganeh acknowledged last week that the oil contract models need further revisions.

“The big question for the Iranians is: ‘Are they going to get all the investment they want?’” Daniel Yergin, vice chairman of consulting firm IHS Inc., said in a Bloomberg television interview. “Companies are going to be very cautious about making new commitments to Iran. No one wants to run afoul of U.S. sanction law. ”

b  |  June 18, 2016
Nonsense. Iran is drilling 24/7 and has the biggest concentration of drilling rigs in one place at one time just now, they have the ability and resources and investment will come.
RELATED COMPANIES
Company: TotalEnergies more info
Company: OPEC more info
Company: Royal Dutch Shell plc more info