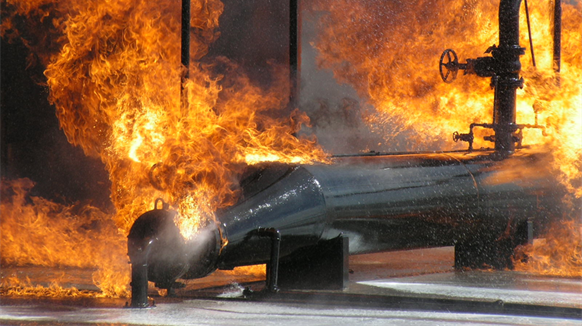 Attacks on oil and gas production sites in the Niger Delta are threatening both production volumes and power supply of West African countries.

Recent attacks on Nigeria’s energy infrastructure are sending shockwaves throughout the region as the disruption in supply poses a significant threat to the economy.

Nigeria's oil production has fallen by almost 40 percent to 1.4 million barrels per day as a result of assaults on oil and gas instalations in the Niger Delta, the country’s oil minister has said.

These attacks – carried out by a group that calls itself the Niger Delta Avengers – have pushed Nigeria’s crude output to a 20 year low, Verisk Maplecroft Senior Africa Analyst Malte Liewerscheidt told Rigzone. The result is “offsetting the benefits of a 70 percent oil price rally since January 2016,” he said.

“Disruption to energy infrastructure in the Delta has tremendous repercussions for the economy as a whole and the shockwaves are being felt even beyond Nigeria’s borders,” Liewerscheidt said.

“In addition to Nigeria itself, the attacks are having devastating effects on power supply in Benin, Togo and Ghana, which rely on Nigerian gas supplied through the West African Gas Pipeline (WAGP). Power supply in Nigeria, which has been erratic for many years, dropped by another 50 percent between January and May. Meanwhile, gas supply through the WAGP, which is supposed to fuel power plants along the West African coast, is down by 95 percent due to pipeline attacks and production shut-ins in Nigeria,” said Liewerscheidt.

The lack of power supply is a severe blow to the region’s industrial sector, he explained, adding that the economies of Nigeria and Ghana are already reeling from the consequences of the commodity price downturn.

In February, the Niger Delta Avengers (NDA) blew up a Royal Dutch Shell underwater pipeline, which forced the company to shut down its 250,000 barrel per day Forcados export terminal for weeks. May saw several other attacks in the region, with NDA bombing Chevron’s Okan Valve Platform offshore facility in the Western Niger Delta at the start of the month, which resulted in an oil spill at the site.

“All personnel have been accounted for and no injuries have been reported,” Isabel Ordonez, Chevron Africa & Latin America upstream media relations advisor, told Rigzone.

“Resources were deployed to respond to a resulting spill. The incident has been reported to the relevant security and regulatory bodies. Chevron Nigeria Limited continues to monitor the situation and remains committed to meeting its business and corporate obligations, including protecting people and the environment and conducting its operations reliably and safely,” she said.

Following the Okan attack, Chevron evacuated its workers from the Niger Delta. In a separate security operation around the same time, Shell decided to pull out its staff from the Bonga oil field in the southern Niger Delta after the company received a militant threat.

“We continue to monitor the security situation in our operating areas in the Niger Delta and are taking all possible steps to ensure the safety of staff and contractors,” Shell spokesperson Bamidele Olugbenga Odugbesan told Rigzone.

The latest wave of attacks in the Delta comes in response to the government’s winding down of a 2009 amnesty deal for Niger Delta insurgents.

“The 2016 budget for stipends and allowances for ex-militants has been cut back by more than two thirds. The predictable result, as forewarned by the presidential adviser on the amnesty program, is that militants have been driven back to the creeks and returned to violence,” said Liewerscheidt.

Liewerscheidt has warned that a further escalation of the security crisis in Nigeria is increasingly likely as negotiating a new deal or simply reinstating the old amnesty program is “off the table, at least for now – due to both the actual as well as the political costs involved.”

Rudolf Huber  |  June 23, 2016
Those avengers might finally get Nigeria to concentrate on more than just oil and gas. This country has mind boggling potential and it never gets really used because of the abrasive effect of energy exports. Nigerians, there is much else that you can do. Get going.