Why Reverse Mentoring Could Work for Oil, Gas Companies 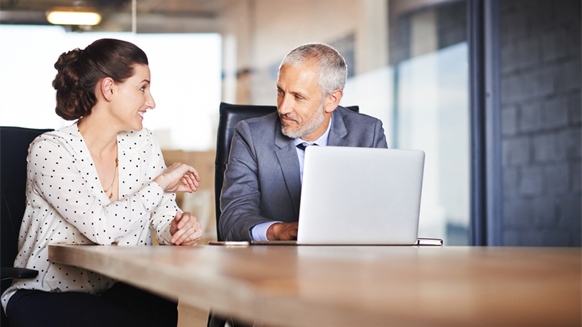 Business leaders share how reverse mentoring programs helped their companies and how they might do the same for the oil and gas industry.

Industry veterans are nearing retirement. Young entrants to the workforce are knowledgeable in technology, but lack industry experience. These two circumstances, along with other factors, helped create the perfect storm – the Great Crew Change.

The oil and gas industry has a continuing challenge to bridge a skills gap, as well as a generational gap, in its global workforce. In the midst of an industry-wide downturn spanning almost two years now, companies are developing methods to face this challenge and ensure they have a capable workforce in the future.

Several industries have found success with reverse mentoring, a form of mentoring in which older senior executives are partnered with younger workers, for training in areas such as technology and current trends. And, some experts suggest the oil and gas industry could reap benefits from such methods. Leaders from different companies weigh in on the possibility.

A Need in Oil and Gas

In terms of career expectations, millennials crave training and development opportunities. They want to be challenged and they want to advance. On the flip side, employers are looking for leaders in their workforce. So, if a millennial were to fit the bill, they would need to exhibit strong leadership skills.

“An individual can learn from anyone they interact with in the workplace,” Susan Power, CEO of Canada-based Higher Talent, told Rigzone. “Reverse mentoring, if done correctly, is a good way for the younger generation to learn from people who have been in oil and gas their entire careers and move into more senior positions within a company.” 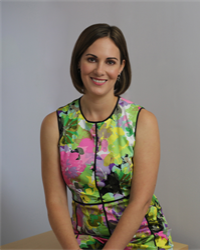 Power said she’s seen reverse mentoring work well in technology, for example, in which millennials have a strong understanding of computer software. But, she believes reverse mentoring programs make sense in oil and gas as well.

“It’s only to the benefit of the oil and gas industry to implement reverse mentoring, especially during a downturn. These types of programs help retain staff because there may not be a budget for training programs and it creates a low-cost method for organizations to develop employees and help make use of existing staff,” Power said. “Each group has different strengths and the younger generation has different skillsets and a different perspective on work than someone who has been in the field for 20 or 30 years.”

In the early 2000s, auditing and consulting firm Deloitte was struggling to find a way to get its partners to embrace the power of the internet in business and imagine new ways of doing business. Around the same time, the company began discussions about the war for talent and how younger professionals wanted more time with company leaders, Anne Taylor, Deloitte’s vice chairman and Houston managing partner, told Rigzone. 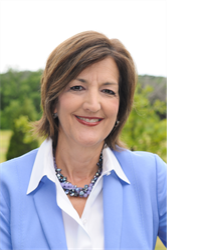 “What emerged was the idea we could address both issues by pairing up tech-savvy junior professionals with our senior partners,” she said.

The young professionals spent one-on-one time with partners in the privacy of their offices, where partners were able to ask questions and truly understand newer technologies.

“In the course of those interactions, the partners invested time in getting to know the junior professionals and understand their career aspirations and challenges,” said Taylor. “Over time, this allowed them to form a significant bond.”

One challenge surrounding reverse mentoring is opposition to the process. While the oil and gas industry is anxious for younger professionals to learn from veterans, both groups need to be convinced that there’s value in it for them.

Of course, the added benefit to a more veteran worker would be the opportunity to learn something new themselves. The learning process is a two-way street. With each group, there’s something to give and something to learn.

“Often times, mentoring is talked about in terms of what the junior professional is getting from the senior professional. Reverse mentoring is saying, ‘as a veteran worker, this is what you’re going to get from the other side of this,’” she said. “We have to be clearer on the dual process. In the past, we were trying to mentor veteran workers on technology and the by-product was getting professional skills, soft skills and leadership skills to more junior people. They love having that time with senior leaders.”

Not only were junior leaders getting supplied with skills of the veterans, but the reverse was happening as well.

A Twist on Reverse Mentoring

While the teaching of new technologies, social media and current trends is the main selling point for many reverse mentoring programs, companies like PwC took a different approach to the process.

The auditing and consulting firm identified a need within its organization for more inclusive leadership. PwC had success in the past with reverse mentoring around social media and technology so they decided to use it to address some other concerns: more knowledge of minority communities and women.

“This program was designed to create a more inclusive leadership. The philosophy behind it was if our leaders saw what life was like from a different perspective in the workforce, and in particular, what it’s like through the experiences of somebody completely different than them, then we felt those leaders would be more inclined to have an emotional awareness. That would change leaders’ behaviors and the way they lead people – by becoming more inclusive in their behaviors and leadership,” Andy Woodfield, lead partner for the international aid development consulting practice in PwC, told Rigzone. 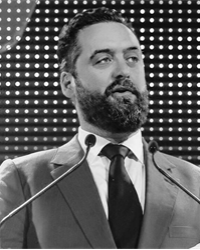 Woodfield’s logic was simple: if you want to engage people, you should understand what life is like for them.

The program, which was rolled out in the UK, was successful enough to be implemented in the company’s other offices and in different countries. The program also encompasses some traditional aspects of reverse mentoring as partners in senior positions are matched with mentors from a different gender or ethnic background.

The mentorship is nine months in which participants meet once a month outside of PwC.

“The key thing is the partner is not the mentor and the mentor leads the conversation,” Woodfield said.

While most of leadership development is academic or intellectual learning, this type of mentoring really resonates with people on a deeper level and changes behaviors.

“In the past, I would always speak about the importance of diversity, gender balance and ethnic mix,” said Woodfield. “Now, every single partner is talking about and considering these things when it comes to recruitment, performance management building teams and pitching ideas to clients.”

The idea of reverse mentoring may be new for most oil and gas companies, so questions about implementation will be common.

Woodfield suggests the first step is identifying the areas of difference that are most challenging for the company.

“Whomever needs to be appreciated, find someone opposite of them for that person to mentor,” he said. “By understanding that life is different for somebody else and structuring [the program] in a way that gives power to the mentor, that’s how people learn.”

For PwC, the company wanted to find a way to get more women and ethnic minorities, blacks specifically, engaged in their business. So it targeted those two groups to serve as mentors.

“At the same time, we addressed the intergenerational aspect by selecting mentors who were much more junior in the company,” he said. “Look at the core issues you’re trying to address and identify people who embody those challenges within your organization. Then select the junior professional.”

Woodfield said the key to implementing a reverse mentoring program into any organization is to get the leaders involved.

Make it mandatory for all leaders to participate, starting with senior leaders. Then require leaders to share what they learned. This will help drive interest.

“You can’t have senior leaders telling junior leaders that this is important, but not doing it themselves,” Woodfield said and admitted when he introduced the program to partners in his organization, they all thought it was a great program … for everyone else, not them.

“They thought they were already very open and diverse. But after participating in the program, every single person got something positive from it,” he said. “Some of our partners said it was the most significant leadership intervention they’ve ever had in their careers.”

J. Adriaan Venter  |  June 29, 2016
This is not a 'Nice-to-Have.' In fact it's extremely essential and a 'Must-to-Have' if a company wants to be successful on the long run. Company Top Management need to endorse and enforce this concept to the fullest and should ensure that a Formal Management Monitoring System is in place and is reflected in the Monthly Management Report and at least quarterly audited to ensure 100% compliance.
Susan Knolla  |  June 23, 2016
Great article and love this concept - even in traditional mentoring relationships you can learn from each other. Also love the focus on women in leadership in this article :)
RELATED COMPANIES
Company: Deloitte Consulting more info