In light of the anticipated boom in the country, Petroplan announced March 8 that it would be opening a new office in Mozambique.

“Petroplan has been working on its business in Mozambique for the past two years,” Speers said.

“Following the announcement in March that it had received its official business license in Mozambique, it is currently working on further establishing its presence there,” he added.

“We are confident that we will be expanding our client base further [in the country].”

Speers declined to specify specific companies that will be present in Mozambique, but he confirmed that the recruitment firm is supplying “a leading global oil and gas operator in Mozambique, which has several upcoming projects.”

And, Anadarko isn’t ruling out further acquisitions in Mozambique.

“We are very excited by the progress we have already made, and therefore, we are confident that multiple fields will be developed over the coming years,” Moreland said.

“We are working toward an initial onshore LNG development of two trains from the Golfinho-Atum field, while maintaining future optionality with other development options.” 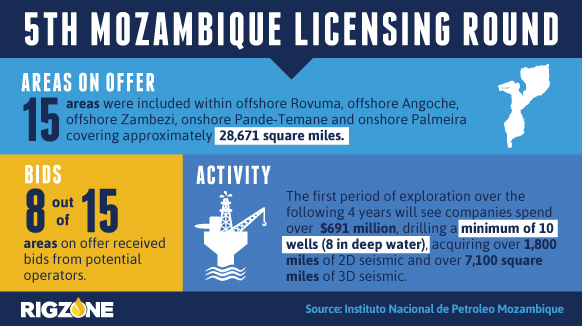