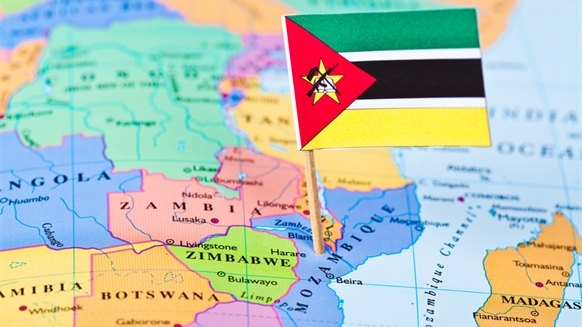 An employment boom is anticipate in Mozambique during the next four years, says Petroplan CEO Andrew Speers.

Mozambique will see a significant employment boom over the next four years, said Petroplan CEO Andrew Speers, who told Rigzone that many oil and gas projects would be kicking off in the second half of 2016.

The boom will be due in part to the Mozambique government’s decision to award six licenses for oil and gas exploration in October 2015, which have the potential to bring in $700 million in investment from now to 2020, he said.

“This will inevitably lead to significant employment opportunities in the country, predominantly for expats to begin with due to the skills gap in Mozambique,” said Speers. “Anadarko, for example, will need to employ 15,000 just to complete the construction phase of their LNG project, 60 percent of which will be expats and 40 percent locals.”

Headquartered in Houston, Anadarko Petroleum Corporation is an American petroleum and natural gas exploration and production company. The firm has discovered more than 75 trillion cubic feet of recoverable natural gas resources in Offshore Area 1 of Mozambique’s deep water Rovuma Basin to date, marking “one of the world’s largest liquefied natural gas (LNG) projects,” according to a statement on Anadarko’s website.

“The project is committed to the employment of Mozambican citizens, with appropriate qualifications at all levels of its organization…and [the] implementation of effective training programs for Mozambican employees in each phase and level of operations in Mozambique or overseas,” she told Rigzone.

“We have already begun investing in training and support of higher education, as well with the first-ever Petroleum Engineering curriculum at the University of Eduardo Mondlane, and recently provided $100,000 of equipment to Pemba’s Lúrio University, which will benefit an estimated 400 students and teachers in the coming year,” Moreland added.

As a result of Mozambique’s flourishing hydrocarbon sector, there will be job opportunities across the full spectrum Speers said.

“The infrastructure and groundwork need to be completed and then there will be upstream, midstream and downstream projects and opportunities arising from each. Mozambique is a shining light in a time of doom and gloom because of the potential there,” said Speers.

But a lot of these opportunities won’t initially be available for younger workers in the country. The latest generation of oil and gas workers in Mozambique is currently “not equipped with the skill set of their peers elsewhere in the world” she explained.

In an effort to combat this, Speers said Petroplan’s clients are looking to bring in experienced workers to facilitate a skills transfer to those younger workers who are newer to the industry. This process would strengthen the skill set and knowledge of the next generation, he said.

Mozambique is undergoing a phase of political instability that Speers said could be turning off investors. The Petroplan chief predicted, however, that Mozambique’s oil and gas industry will begin booming well before the end of the year.

“The second half of 2016 should see a significant boom in Mozambique, in terms of the economy picking up and many oil and gas projects kicking off,” said Speers.

“At the moment there is an element of ‘waiting for the dust to settle’ with regards to political instability. The potential gas find in Mozambique is one of the largest in the world and once confidence increases in other parts of the energy market, it should be full steam ahead,” Speers continued.