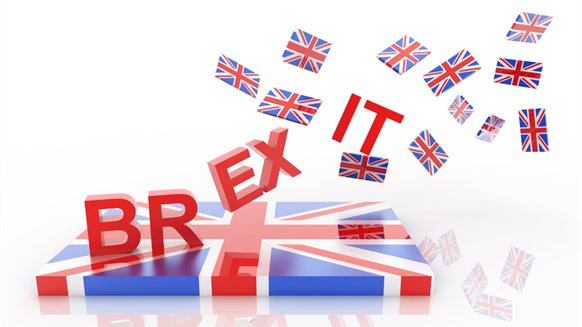 Rigzone Editor-in-Chief Jon Mainwaring considers the UK's upcoming vote on its continuing membership of the European Union and its potential effect on the upstream oil and gas sector.

Previously I was in favour of my country remaining in the EU, but as the campaigning has gone on I'm currently undecided how I'll vote on June 23rd. I doubt I'll abstain from voting because this referendum will likely have momentous consequences for me and my countrymen; indeed, it is likely to be the most important vote that I will ever get to take part in because EU membership is a decision that UK politicians seem reluctant to let the British people have their say about more often than every 40 years or so.

When the campaigning began, it looked as if there were many more Britons who would vote to keep the UK part of the EU than those who wanted to leave. However, recent opinion polls suggest that the “leave” camp could have a lead of as much as 3 percent, while there is a sizeable rump of voters who – like me – remain undecided.

So, should the UK decide to take the bold step of leaving the EU, what would that mean for the oil and gas sector in the country and how would the wider industry in Europe be affected?

One important industry figure in the European sector – Royal Dutch Shell CEO Ben van Beurden – has said that an exiting of the EU by the UK would have the effect of restricting the free movement of industry employees and contractors as well as damaging trade. Other oil and gas CEOs whose companies have a significant presence in the UK – including BP's Bob Dudley – agree with him. However, another CEO – Total's Patrick Pouyanné has said that his company would feel only a limited impact if the UK voted to leave the EU.

Up in the UK's major oil and gas hub, northeast Scotland, oilfield contractors appear undecided about whether being in the EU is a good or bad thing for their sector. Aberdeen & Grampian Chamber of Commerce (AGCC) reported in mid-May that it found that almost half (45 percent) of oil and gas contractors it surveyed believed it is too difficult to reach a clear view about whether exiting the EU would be a positive development, with a further 20 percent saying it would make little difference to the industry. Some 27 percent of respondents to the AGCC survey believe that Brexit would be unhelpful, while just 8 percent think it would be a positive development.

Independent experts who follow the upstream industry in the UK believe that there would be very little effect on the sector, according to a range of literature I've read on the subject in recent weeks. They point out that the EU currently lets the UK take responsibility for exploration and production licenses and regulation; it's the UK that determines which offshore installations, including pipelines, are decommissioned and it's the UK that is responsible for enforcing the appropriate environmental rules when it comes to the upstream sector.

If the UK's leaving of the EU meant that the country would become more picky about who was allowed to come to work here, then that would certainly become a logistical issue for oilfield firms that needed to bring people in and out of the country from mainland Europe. But for an industry that can show it is short of skilled people, this shouldn't prove a problem at all.

For example, the USA isn't a member of the EU, but I meet Americans working in London all the time and I am fond of asking them this question: "What job do you do that is so damn special only you can do it?" Usually, the muttered reply is "accountant" or some other financial services-related function that – it seems to me – plenty of British and EU citizens with a gift for numbers would be able to do.

Of course, this isn't a case of American exceptionalism. There are many non-EU citizens from all around the world who live and work in the UK without too much visa trouble, which serves to illustrate that if a UK company really feels it needs a particular person, it will find a way to get him into the country – whether immigration controls exist or not. So, I don't believe the free movement of labour argument for the UK remaining in the EU stands up. Foreigners with skills that the UK needs will always be popular here.

The fact remains that the biggest uncertainty affecting the UK upstream sector at the moment is the oil price – which is currently hovering around the $50 mark. So, whatever the result of the EU referendum, it is another collapse in the price of crude that the industry really fears.

In the past, oil and gas companies have usually found ways to operate in extremely difficult political environments, so operating in a UK that is outside of the EU would be a relative doddle – as long as the price of crude holds up.

MikeM  |  June 07, 2016
Brexit will benefit the upstream sector just as it will benefit most of British industry. It removes a redundant layer of regulation, removes mandatory subsidies for wind turbines & renewables (although of course the UK may elect to retain), allows for a national energy policy tuned to Britains resources, enables Britain to make her own trade deals with any nation in the world (currently prohibited) which will enhance exports from the British offshore sector, enables Britain to set her own industrial policy including for energy intensive industries like petrochem, steel and other heavy industry which will have a positive effect on energy demand as well as employment. The upstream sector like all sectors of the UK will benefit when our fellow citizens at the lower rungs of skill and experience are not competing against an unlimited supply of immigrants for jobs, housing and school places. Blue collar wages in the UK have not increased in 10 years and the picture is truly brutal among early leavers, recent graduates and young families. The upstream industry like all industries will benefit when we can set our own criteria for granting of visas and work permits and can prioritize acquiring skills and expertise from anywhere in the world on a non-discriminatory basis and no longer have to penalize those from outside the EU.
RELATED COMPANIES
Company: BP plc more info
Company: TotalEnergies more info
Company: Royal Dutch Shell plc more info