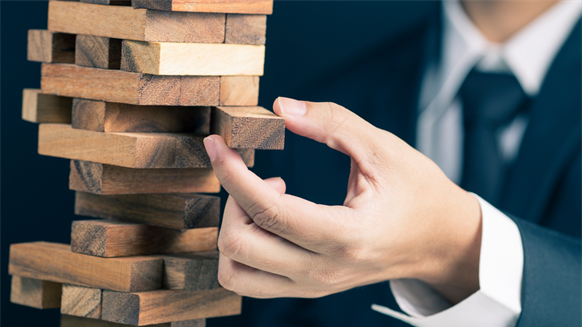 Oil’s recovery from a 12-year low may be too good to last as Iranian output rebounds faster than expected.

(Bloomberg) -- Oil’s recovery from a 12-year low may be too good to last as Iranian output rebounds faster than expected.

OPEC last week stuck to its policy of unfettered production, deciding against a new output ceiling as the price rally supported optimism among its members that the oil market is improving. Bijan Namdar Zanganeh, Iran’s oil minister, said fellow OPEC members didn’t give him any negative signals when they met Thursday in Vienna about his nation’s plan to further raise production.

The Persian Gulf nation’s production has surged to the highest since 2011, quicker than the International Energy Agency predicted it could recover to pre-sanctions levels. Meanwhile, prices raced back to $50 a barrel as outages from Nigeria to Canada offset Iran’s return, averting the market apocalypse some were expecting. But a possible recovery of lost output elsewhere in the world risks putting renewed pressure on prices, according to analysts at Commerzbank AG and Barclays Plc.

“The increase was beyond expectations” from Iran, said Eugen Weinberg, head of commodities research at Commerzbank AG in Frankfurt. “We are close to the balance now, but it’s due to presumably temporary disruptions.”

The unplanned supply outages and rising demand from India to China have helped Brent, the global benchmark, surge almost 80 percent since plunging in January to the lowest since 2003. Prices were up 0.6 percent at $49.96 a barrel at 10:33 a.m. in Hong Kong.

For a story on the impact of disruptions on the oil market, click here.

Iran, which was the second-biggest OPEC producer until sanctions were intensified in 2012, has boosted output 22 percent to 3.5 million barrels a day since penalties were lifted in January, according to estimates compiled by Bloomberg. Higher exports from the Persian Gulf state have been “well absorbed” by the market, the oil ministry’s news service Shana reported before the Organization of Petroleum Exporting Countries met last week, citing Zanganeh.

“Iranian production was generally viewed a few months ago, or post the lifting of sanctions, to take about a year or so to come back onto the market,” said Mark Keenan, the head of commodities research for Asia at Societe Generale in Singapore. At about 200,000 barrels a day short of pre-sanctions levels “that’s perhaps a supportive factor as most of the expected future supply is already in the market,” he said.

The market has flipped to a deficit sooner than expected as unplanned output disruptions and sustained demand caused a “sudden halt” to the oversupply, Goldman Sachs Group Inc. said last month. But a return from some of those outages, along with higher production from Iran, as well as Iraq, may tip the market back into surplus in the first quarter of next year, according to the bank.

Iran is seeking to raise output even further, aiming for 4.8 million barrels a day in five years, Zanganeh said before the meeting Thursday. The nation, which is now OPEC’s third-biggest member, has more than doubled exports since the removal of sanctions to above 2 million barrels a day, he said.

Zanganeh wants OPEC, which is pumping at a record 33.2 million barrels a day, to return to a country-quota system. Iran, he said, should account for 14.5 percent of the group’s output, the level it was before the sanctions took hold.