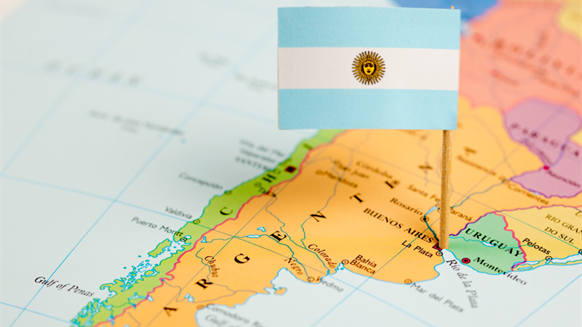 The oil giant has so far invested $200 million in the world’s second largest shale gas deposit, Tillerson said after meeting with Argentine President Mauricio Macri in Buenos Aires. Exxon has received approval to invest $250 million more for a pilot project in the coming months.

If the pilot project is successful, the company will start full development during a period of 20 to 30 years that could involve additional investment “that would be well in excess of $10 billion,” he said.

For Tillerson, Argentina’s vast Vaca Muerta shale region represents an opportunity to reverse production losses and add reserves after a $35 billion wrong-way bet on U.S. natural gas and a Russian exploration venture that was derailed by international sanctions. Exxon, the world’s largest oil explorer by market value, has designated Vaca Muerta as one of nine “key activity” areas in the Western Hemisphere and one of just four in South America, according to company data.

Macri has been courting international corporations from Total SA to Dow Chemical Co. to Coca-Cola Co. to invest in Argentina since taking office in December. Exxon, whose annual sales dwarf the economic output of all but about 45 of the world’s nations, is building a plant to strip impurities out of natural gas as well as a pipeline network to handle the output from its Vaca Muerta wells.

“I am very encouraged by the changes that have occurred here in Argentina, with the change in government,” Tillerson said, according to a statement from the Argentine government.

Exxon’s worldwide oil and gas output is lower than it was when Tillerson began his tenure as CEO a decade ago.

Last year, the company that traces its roots to the 1880s and John D. Rockefeller’s Standard Oil Trust failed to replace all the crude and gas it pumped with new discoveries for the first time in 22 years. In April, S&P Global Ratings stripped Exxon of the gold-plated credit rating it had held since the Great Depression.

Tillerson will reach Exxon’s mandatory retirement age of 65 in March. In a May 25 meeting with reporters after the company’s annual meeting in Dallas, he declined to say whether he would seek an extension of his tenure from the board.

Vaca Muerta, Spanish for Dead Cow, is one of the world’s top shale plays, covering an area the size of Belgium and considered key to restoring energy self-sufficiency in Argentina.