Exxon, Total, Chevron In Talks With Pemex On Gulf Prospects 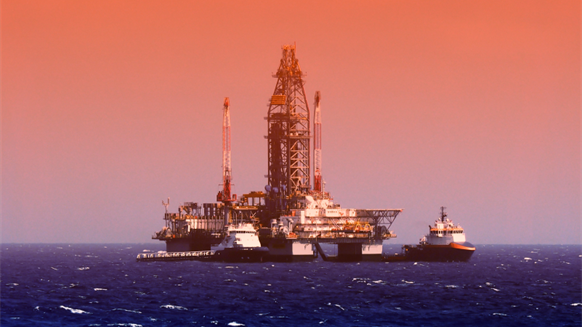 Pemex is in talks with Exxon Mobil Corp., Total and Chevron as Mexico’s struggling state-run oil producer seeks partners to develop deepwater crude in the Gulf of Mexico.

Pemex may also start discussions with Oslo-based Statoil ASA, according to company press officials who asked not to be named because of policy. Pemex seeks Areas of Mutual Interest agreements to evaluate whether the companies have opportunities to work together in offshore areas.

The talks would indicate the world’s oil majors are interested in partnering with Pemex to produce the country’s underdeveloped crude reserves or bid with Mexico’s state-owned operator in the country’s first-ever deep water auctions in December. Pemex, which deferred investments in deepwater fields this year amid a $5.5 billion budget cut, has reiterated that it seeks to partner with the world’s largest producers to develop Mexico’s crude reserves, estimated by the country’s oil regulator at the equivalent of 10.24 billion barrels of crude at the end of last year.

"They will use the tools in the energy reform to do this," Nymia Almeida, a senior credit officer for Moody’s, said at a conference in New York, when asked about Pemex forming partnerships and selling assets, which the company intends to do. "Any deal would be better than none, even if it starts little by little."

Hakon Fonseca Nordang, head of communication for Statoil in the U.S. and Mexico, declined to comment on any discussions, saying that Statoil and Pemex have for years had a General Cooperation Agreement involving research and technology exchange between the two companies. Scott Silvestri, an Exxon spokesman, declined to comment, as did Isabel Ordonez, a spokeswoman for Chevron in Latin America.

Mexico hopes to raise $44 billion in investment in its first-ever sale of deepwater areas in the Gulf of Mexico, scheduled for Dec. 5. The country will auction 10 areas in the Perdido area near the maritime border with the U.S. and in the southern gulf’s Cuenca Salina.

Seventy-six percent of the country’s prospective oil resources are located in the deep waters of the Gulf of Mexico, according to Energy Minister Pedro Joaquin Coldwell. Pemex, Statoil, Chevron and Exxon are among 16 companies that are in the process to qualify to bid in the deep water auctions.