by Bloomberg
|
Dinesh Nair and Rakteem Katakey
|
Thursday, May 19, 2016
Tweet 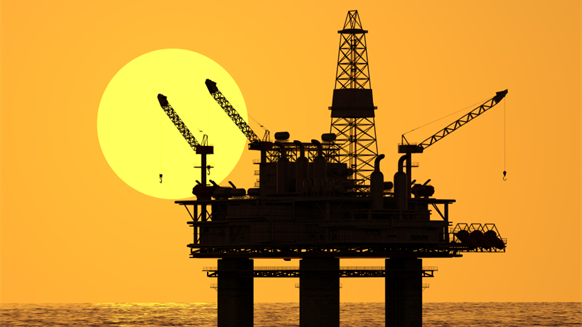 Royal Dutch Shell is in talks with potential buyers for some North Sea assets, mostly fields it got this year as part of the record acquisition of BG Group, according to people familiar with the matter.

(Bloomberg) - Royal Dutch Shell Plc is in talks with potential buyers for some North Sea assets, mostly fields it got this year as part of the record acquisition of BG Group Plc, according to people familiar with the matter.

The Anglo-Dutch energy giant has been in talks with companies including privately held chemical producer Ineos Group AG and Neptune Oil & Gas, set up by former Centrica Plc chief Sam Laidlaw, the people said, asking not to be identified as the information is private. Shell is seeking to sell a package of assets and is talking with companies to gauge their interest before a formal sale process is launched, the people said. No final decision has been made and Shell may decide to retain the properties, they said.

Europe’s biggest oil company is planning to raise $30 billion from asset sales in three years after the $54-billion acquisition of BG increased debt and lowered its credit rating. While the move made Shell the world’s second-biggest oil company by market value, it also brought it properties in areas like the North Sea where costs are high. Crude continues to trade below $50, making it difficult for Shell to sell oilfields at what it thinks is a good price.

“Shell continuously evaluates opportunities for its global portfolio, in line with our business strategy,” a company spokesman said. “A review of all assets, including those in the North Sea, is underway as part of our commitment to the $30 billion asset sale program.”

A representative for Neptune didn’t respond to calls and e-mails requesting comment. A spokesman for Ineos couldn’t be reached by phone or e-mail.

BG operated oil and gas assets in the U.K. North Sea including the Armada project and the Everest and Lomond fields, according to the company’s website. It also had stakes in fields operated by others, including Nexen’s Buzzard and the Total SA-operated Elgin and Franklin projects, as well as some offshore pipelines.

Shell operates older fields in the U.K. North Sea, including the Brent project, oil from which is used to set the global price benchmark, according to its website.

“We are looking at various packages in the upstream,” Shell Chief Financial Officer Simon Henry told analysts May 4. “We are working, sometimes with advisers, on a series of packages. But we’re not about to jump into fire sales in a market which is clearly weak at the moment because of the $45 oil price.”

Brent crude was at about $59 a barrel the day before Shell announced the BG acquisition in April last year. Prices dropped to below $40 when the deal was completed in mid-February and remain under $50.

The slump in prices over the last two years has forced Shell and other oil companies to shrink their business, sell assets, defer and close projects and eliminate staff. Some of the cutbacks have happened in the U.K. North Sea, where operating costs remain high.

The BG acquisition pushed up Shell’s net debt to about $70 billion at the end of March, making it Europe’s most indebted non-financial company. Its gearing - or net debt to total capital - increased to above 26 percent from 14 percent at the end of last year.

Assets linked to Shell’s interests in Trinidad & Tobago and stakes in oil and gas fields in India may be on the block, people familiar with the matter said in March.