Energy Deals Elusive Despite $110B in Assets on the Block 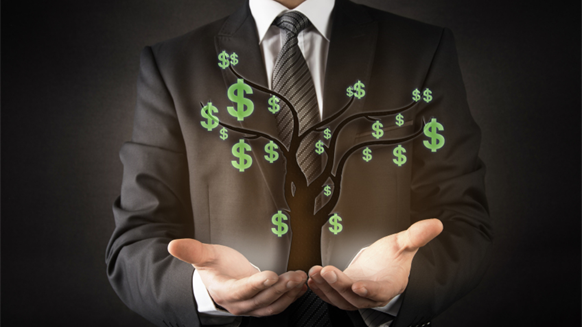 Energy companies, including some of the world's biggest, could be forced to slash prices of more than $110 billion worth of assets they want to sell after deal-making in oil and gas fields ground to a halt due to the volatile crude market.

LONDON, May 10 (Reuters) - Energy companies, including some of the world's biggest, could be forced to slash prices of more than $110 billion worth of assets they want to sell after dealmaking in oil and gas fields ground to a halt due to the volatile crude market.

The values that buyers and sellers assign to assets, largely based on their view on the future oil price, drifted far apart in the past year, according to several industry bankers.

Asking prices have been as much as 50 percent higher than what buyers are willing to pay in the era of cheap oil, although some bankers believe the gap is now narrowing again as crude prices rally, and activity is showing signs of picking up.

Oil majors including Royal Dutch Shell, Chevron and BP are offering assets to balance their budgets and maintain lavish dividend policies. For smaller companies with heavy debt burdens such as Tullow Oil, Genel Energy or Enquest and U.S. shale producers, the need for cash can be even stronger.

Around 146 assets worth more than $100 million each are on the block worldwide, according to data compiled by consultancy 1Derrick. It puts their total value at $113 billion, although any estimate remains notional until buyers and sellers come to terms.

They include Chevron's Gulf of Mexico oil fields, North Sea assets owned by Italy's Eni, Shell and France's Total as well as a myriad assets in Africa and Asia.

Business involving energy infrastructure remains buoyant. Even at low prices, pipelines are needed to move oil and gas while demand for storage is strong as sellers hold onto crude and products, hoping the market will pick up.

It is selling oil and gas still under the ground that is problematic. The rapid rise in recent years of "unconventional" production, largely from U.S. shale deposits, plus a determination by major OPEC producers such as Saudi Arabia to defend their market share has kept the energy market weak.

Prices of the U.S. benchmark West Texas Intermediate (WTI) have recovered from lows near $27 a barrel in January to around $44 now for the prompt trading month, currently June. However, they remain far short of levels above $110 before the collapse began in mid-2014.

In the United States, buyers are still unwilling to value assets at prices much above the oil price curve as measured by forward contracts, Tudor said. Known as the strip, this currently values WTI at around $53 a barrel in 2020.

Tudor believes the market needs to rise only a little and stay there for mergers and acquisitions deals to pick up. "If we can get the prompt month for WTI stabilized in the high $40s and the 2020 price at $55 or higher, the M&A market will come alive," he said.

U.S. shale production is now declining with lower investments, and dozens of huge oil and gas projects have been scrapped around the world. Nevertheless, closing asset deals remains elusive, according to one potential buyer.

"Did the bump up from $27 a barrel to the $40s suddenly change the pace of industry dealmaking? I am not seeing that," said Arun Subbiah, Founding Partner at Petroleum Equity, an upstream oil and gas private equity firm focused on the North Sea and onshore Europe.