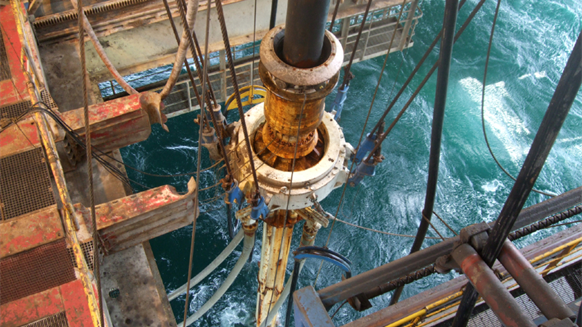 Struggling to maintain cash flow and balance sheets and facing pressure from investors for lower spending and capital discipline, operators are delaying final investment decisions, especially for costly, long-cycle greenfield projects. So far, 29 of these projects have been delayed. As a result, Wood Mackenzie estimates total reserves of 22 billion barrels of oil equivalent (boe), including 16 billion boe of deepwater reserves and 6 billion boe of shallow water reserves, will be left undeveloped by 2025.

The impact on near-term capital expenditure is enormous, with $150 billion in spending affected. Julie Wilson, research director for global exploration at Wood Mackenzie, told attendees at the Offshore Technology Conference (OTC) that countries in the oil prone Golden Triangle and major suppliers of liquefied natural gas, are being affected the most. In Angola, $76 billion in spending will be deferred; in Australia, $43 billion; in Mozambique, $37 billion; in Nigeria, $29 billion; in the U.S. Gulf of Mexico, $17 billion; Indonesia, $10 billion; in the UK, $8 billion; and $12 billion in other regions.

The oil and gas industry will spend less than $20 billion on deepwater exploration and appraisal (E&A) in 2016, Wilson said. Last year, industry spent less than $30 billion on deepwater E&A; contractual obligations helped prop up spending last year, but those obligations are ending. Wood Mackenzie estimates that deepwater spending will recover slowly, with the recovery in number of wells drilled taking even more time.

A Wood Mackenzie analysis concludes that deepwater oil and gas has become increasingly important for conventional volume growth. However, the industry has increasingly faced challenges in deepwater despite spending increases. These challenges include rising water depths and greater geological complexity of untapped deepwater opportunities. For example, operators are now chasing stratigraphic traps, basin floor fans, and rifts now that Tertiary deltas in basins such as the Gulf of Mexico, Nigeria and Angola have been tapped. Other factors such as frontier exploration without material discoveries, more natural gas discoveries, higher development costs, and now low oil prices, have contributed to value destruction in deepwater.

While deepwater CAPEX spending hit an all-time high in 2014, full cycle returns from deepwater entered negative territory from 2013 onwards. Discoveries were still be made, but the value of these discoveries has been less than the spending they entailed, Wilson said.  The lack of infrastructure in some regions, combined with higher exploration costs not justified by volumes found, meant that the business case couldn’t be made for moving discovered resources to reserves.

With increased spending generating lower volumes, E&P companies have retrenched exploration to mature basins after a five-year burst of exploration in deepwater frontier areas, Wilson said. Tight oil plays such as the Permian Basin, which have lower project breakeven prices versus deepwater, also are attracting investment today in place of deepwater.  For example, Chevron Corp. is opting to focus on its Permian acreage, which as a $40/bbl breakeven price, versus projects like Buckskin/Moccasin in the U.S. Gulf, which have a breakeven price in the low $60/bbl, Wilson said.

But Wilson notes that some incremental brownfield deepwater investment is occurring. Companies such as Anadarko Petroleum Corp. and Tullow Oil Plc are pursuing plays with infill well opportunities such as Lucius in the U.S. Gulf and the Greater Jubilee development offshore Ghana.

Wilson also notes that companies will keep sanctioning projects that are competitive, but will continue to use tough screening criteria during 2016.

In some cases, companies are going back to the drawing board to redesign projects that can be competitive in today’s market, reducing project scope such as number of wells, and focusing on the sweet spots of a play.  By reducing costs to boost economics, Royal Dutch Shell Plc was able to reduce overall CAPEX from $10 billion to $8 billion. But some deepwater costs such as facilities are stickier; companies are coping by focusing on waste elimination.

In the end, Wilson believes that the oil and gas industry will come out stronger from this period. Companies currently are high-grading their inventory, and incremental and better-quality high impact exploration will increase the chances of deepwater success.

Companies with healthy balance sheets should use this time to lock in lower contract prices for long-term deepwater developments. Going forward, operators will need to ensure that their objectives are aligned internally as well as with contractors and suppliers. While standardization could potentially reduce project costs by 10 to 20 percent and sounds great in theory, putting it into practice is hard.

Wilson also recommends that operators share best practices to learn from their mistakes. However, this does not always happen due to competition.

“We need to rethink what competition means,” Wilson concluded.