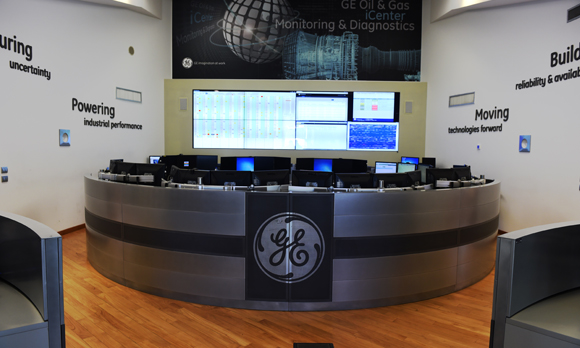 Data is not new to the oil and gas industry. Seismic data and data gleaned from wells have long been subject to analysis and visualisation. But major advances in sensor technology and data storage means the industry now has more data than it can handle from many different parts of the upstream business.

Norway's DNV GL, a consulting firm to the offshore sector, is sharing how Big Data could transform efficiencies.

"We've been doing a lot of industry surveys and … what we're finding out is that a key factor in driving Big Data is technological advancements," DNV GL Senior Consultant Nada Ahmed told Rigzone in a recent interview.

"The platforms that are coming online now are equipped with thousands more sensors, which are being used to collect a lot more data. There's also better connectivity, as well, which means you can easily transmit large amounts of data onshore from offshore facilities. So, the Internet of Things is leading to more data for the oil and gas industry to use."

DNV found that the volume of data available to companies is no longer at the gigabyte or terabyte level, but is now measured in petabytes – that’s a "1" with 15 zeros after it. So some industry players are taking a proactive approach to how they manage data, such as establishing innovation and technology centers that focus on the management and interpretation of data. But not all are engaged, which according to DNV, is indicative not just of a recession in the oil and gas sector, but also a lack of clarity on the cost-saving potential of digital technologies in the industry.

However, Ahmed told said, "We definitely do see a trend in that market growing because of the size of the data, because that's increasing and the industry is becoming more curious about how to use that data … We are seeing a few early adopters who are hiring people with data analytics skills, developing centers of focus to try to see how to use the data they have and then also referring to consulting companies who have expertise in that and how they can better use the data.

"Companies that have traditionally served the utilities and power industry are now looking on to the oil and gas industry to take advantage of the large amount of data being generated. [They] are ahead of the curve in using large amounts of data coming off their grids more efficiently to manage the electricity supply and demand. Techniques used in such parallel industries can be applied to the oil and gas industry to start reaping the benefits of big data."

So what are the employment opportunities that Big Data is generating in the oil and gas sector?

"Everyone is very cautious … Even if they do see value in it, right now they are not making any major changes in their workforce other than downsizing," Ahmed told Rigzone. "But we see the downturn as an opportunity right now to build up your competence in analytics. This is because once the industry does pick up there will be a big need for data scientists. They will be in high demand and I don't think there are enough data scientists out there today."

Although Big Data in the oil and gas sector is still in its early days, there are a few jobs being advertised by oil and gas firms right now. Typically, the industry is looking for graduates, especially those with doctoral degrees with a science, engineering or mathematics background, coupled with an understanding of complex data and the ability to interpret large volumes of data. Software development experience – particularly in Java, Python, C, C++ – appears to be a must, also.

Look out for our next article, which will cover how cybersecurity work in the upstream sector is set to change…