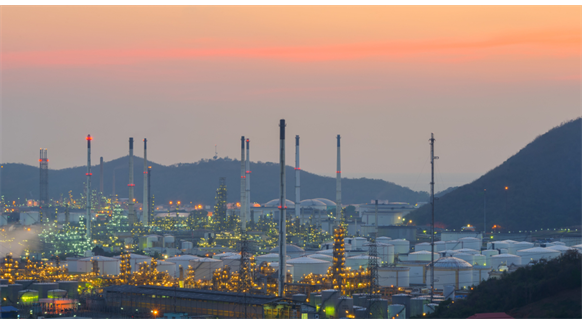 The world's biggest crude exporter, Saudi Arabia, breaks from its usual practice of selling via long-term contracts, according to Citigroup.

(Bloomberg) -- Saudi Arabia made its first sale of oil to a small, independent Chinese refiner. What’s more significant to markets is that the world’s biggest crude exporter broke from its usual practice of selling via long-term contracts, according to Citigroup Inc.

The world’s biggest crude exporter sold a spot cargo to teapot refiner Shandong Chambroad, said people with knowledge of the deal who asked not to be identified as the information is confidential. The 730,000-barrel shipment is expected to load in June from state-owned Saudi Arabian Oil Co.’s leased storage tank in Japan.

“News that Saudi Arabia is selling a cargo on the spot market to Asia may mark the turning of a dramatic new chapter in the Saudi playbook,” the bank’s analysts including New York-based Ed Morse said in a April 25 report. “What is unusual is that the sale is spot rather than the initiation of a new term contract. Spot sales are about the only way the Kingdom can gain new market share in a world in which chunky buyers are interested in securing incremental purchases via spot rather than term arrangements.”

Brent crude is almost 40 percent lower than in November 2014, when Saudi Arabia led a decision by the Organization of Petroleum Exporting Countries to keep pumping to defend market share in the face of swelling global inventories. Aramco will complete the expansion of its Shaybah oilfield by the end of May to maintain the level of its total production capacity, two people with knowledge of the plan said this week. This summer, the Kingdom may be targeting an additional 500,000 barrels a day of sales, boosting daily production to 11 million barrels as power-generation demand peaks, Citigroup estimated.

Saudi Arabia’s output reached a record 10.57 million barrels a day last July, helping to send Brent lower for a third year. Prices rallied from a 12-year low in January amid the potential for agreement between major oil producers to cap output. Futures for June settlement on the London-based ICE Futures Europe exchange traded up 0.6 percent at $44.76 a barrel at 1:24 p.m. Singapore time.

However at a meeting between 16 producing countries in Doha on April 17, Saudi officials quashed an accord to freeze output as Iran refused to participate in a move that analysts at BMI Research call the "creeping politicization" of oil. As tension between the two Middle East nations intensify, Saudi Arabia is handicapped by its restrictive long-term oil contracts at a time when competitors including Iran are extending larger amounts of open credit to buyers for longer periods, according to Citigroup.

Saudi Aramco has long shunned spot sales of its oil, a strategy that worked well in maintaining the bulk of its 7 million barrels a day of sales, said the bank’s analysts. With the Shandong Chambroad deal, it should "lay any doubts to rest" about the company’s ability to use its logistical system and spot sales to boost market share, they said.

"It remains to be seen whether in the new oil environment, in an effort to gain greater control over market share and market pricing, the Kingdom will move more aggressively to allow resale of its crude and truly re-establish Saudi Light crude oil as the global benchmark," said Citigroup.