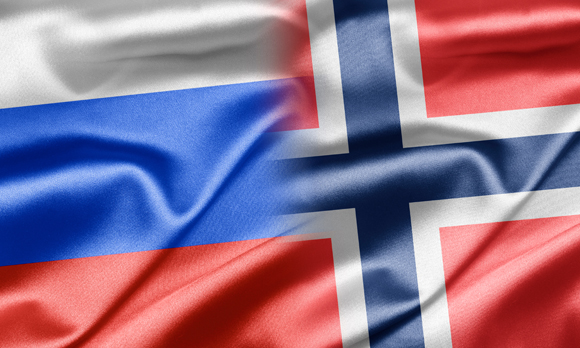 Europe is awash with low-priced natural gas, thanks to Russia and Norway using a Saudi-like tactic to hold market share.

(Bloomberg) -- Europe is awash with low-priced natural gas, thanks to Russia and Norway using a Saudi-like tactic to hold market share.

Utilities from EON SE to Centrica Plc are beneficiaries as Europe’s two biggest gas suppliers provided a record amount of the fuel in the first quarter, according to Societe Generale SA. The glut discouraged cargoes of U.S. liquefied natural gas and contained growth of imports from Qatar.

There are parallels with the global oil market where Saudi Arabia, the biggest producer, boosted output last year to fend off U.S. shale drillers as crude prices collapsed. Gas in the U.K., the region’s biggest market, fell 38 percent in the past year and the plunge couldn’t have come at a worse time for Cheniere Energy Inc., which just started exports of U.S. LNG and has so far sent one tanker to Europe.

“There is a threat of price wars and every competitor is getting ready,” said Valery Nesterov, an analyst at Sberbank CIB in Moscow with more than four decades experience in energy. “They will have to work hard to keep -- let alone increase --their market shares, including through policies that can be borrowed from the oil industry.”

Statoil ASA, Norway’s state-controlled producer, sells to where it gets the best price and market share “is a consequence of this approach, and not a goal,” Elin Isaksen, a spokeswoman, said by e-mail.

As a global oil surplus accumulated in 2014, Saudi Arabia chose to keep pumping and defend its market share. That strategy pushed crude down and pressured producers such as those in the U.S. to reduce their output.

The Doha talks among crude producers on April 17 didn’t result in an output freeze after the Saudis insisted that Iran join any deal. The kingdom showed it doesn’t want to cede market share, said Ed Morse, head of global commodity research at Citigroup Inc.

European gas demand has been sluggish since the 2008 crisis. The region has just come out of a winter with the mildest U.K. temperatures since 1772, leaving supplies in storage above the five-year average.

This probably means less demand for stocking up before next winter. Fitch Group Inc.’s BMI Research forecasts prices may slide 28 percent to as low as 20 pence a therm ($2.88 per million British thermal units) this summer.

Russia and Norway have been dominant suppliers to the region since the first  pipelines were laid more than four decades ago. Their combined first-quarter shipments rose 18 percent from a year earlier, according to Bloomberg calculations based on data from Gazprom and Gassco AS, Norway’s network operator. Together they provide more than half the region’s natural gas, according to Eurogas.

Gazprom, the world’s biggest producer, has an incentive to maintain market share and maximize revenue in dollars after the ruble plunged, Zach Allen, president at Pan Eurasian Enterprises in Raleigh, North Carolina, said by e-mail. Last year Gazprom sold fuel worth about $39 billion to Europe.

Norway, Europe’s second-biggest supplier, is playing catch-up. Troll, the nation’s biggest field, got a permit to produce 10 percent more gas in the year from Oct. 1. The country also plans to boost capacity at the Kaarstoe and Kvitebjoern facilities.

While Russia has said sales to Europe will probably reach a record this year, Norway expects a level similar to last year’s record.

“They are trying to defend market shares because they see -- like everybody else -- that failure to do so is going to allow more LNG -- not just U.S. LNG but any LNG -- to displace their pipeline supplies,” Jonathan Stern, chairman of the gas research program at the Oxford Institute for Energy Studies, said by e-mail. “European utilities are winning because this is the surplus cycle and prices look like they will go even lower as we approach the summer.”

Utilities have been enjoying lower costs for the fuel, which is used at power plants and for heating homes. Centrica’s British Gas unit reported a 31 percent jump in earnings last year and cut household tariffs about 5 percent from March. EON negotiated a price deal with Gazprom, which will boost profit this year.

Europe has been absorbing LNG as Asian demand weakened. It has liquid markets, infrastructure and a political incentive to diversify energy sources. Europe’s LNG imports, dominated by Qatar, rose 16 percent last year, according to the International Group of LNG Importers.

But if gas falls further, LNG would be priced out because pipeline-shippers Norway and Russia have lower costs,  Tor Martin Anfinnsen, Statoil senior vice president for marketing and trading, said in an interview.

“Both Russia and Norway are protecting market share against anyone seeking to take it away from them, not just the U.S.,” Allen said. 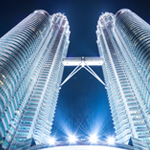 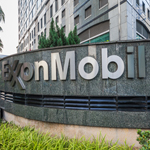 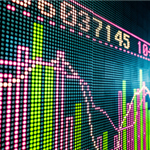