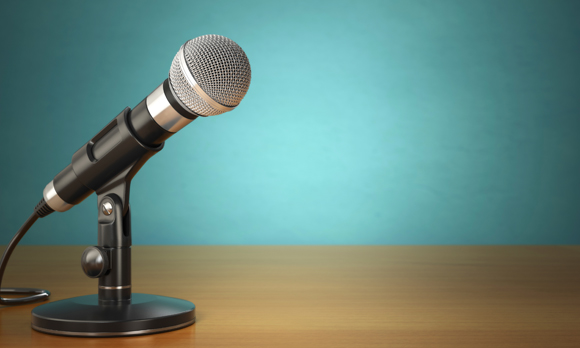 TPH Chief Bobby Tudor reflects on how the industry will emerge from current downturn.

An ongoing downturn in oil prices has reshaped many businesses. At Tudor Pickering Holt & Co. (TPH), it’s meant less transactions work and more engagement to help companies shore up their balance sheets and plan for the future. And although the downturn has been painful for many in the field, Tudor maintains that the energy industry is still a good space for new college graduates.

Founder and CEO Bobby Tudor runs the premier oil and gas investment banks in Houston. With office throughout the U.S. and Canada, TPH has more than $1.5 billion in assets under management specifically in the energy space.

Days into a price rebound that showed oil selling at slightly more than $40 per barrel, Tudor talked with Rigzone about the business’ cycles and how the energy industry will likely emerge from the downturn.

Rigzone: What’s your take on the production freeze discussions between the Organization of the Petroleum Exporting Countries (OPEC) and Russia? Is there a real intent to hold production at January levels, or is it just lip service?

Tudor: I think it’s mostly lip service. Primarily because production there (with the exception of) Iran, is mostly frozen now. It’s not going up. I think it’s really meant to signal to the broader market that they’re not going to do anything different from what they’re doing right now. The balancing factor continues to be what happens in North America.

The market is not going to get balanced based on what happens at OPEC at this point because they basically are flat, they’re just not decreasing. To balance the market, there actually has to be a decrease, and the decrease is going to have to come from the United States.

Rigzone: If prices do go up, wouldn’t the effect on prices be minimized when U.S. producers turned the spigot back on?

Tudor: There are a lot of drilled but uncompleted wells, (but) the spigot cannot be turned on immediately. I do think, though, given what’s happened to cost, producers can hedge their 2017 production at $45. For example, they would do that and do it aggressively and would produce more at those levels. It’s all driven ultimately by what price can you hedge, and I think at $45, there would be a lot of hedging and more production.

Rigzone: Let’s talk a little about the businesses themselves. The spring borrowing base redetermination, in which banks re-evaluate corporate debt, is upon us. What do you expect to happen to that source of financing?

Rigzone: So this is the moment the finance executives have been dreading as the downturn has dragged on for more than a year?

Tudor: I think time is not your friend when you continue to have soft commodity prices. The banks have been, frankly, bending over backwards to work with people. But at some point, if you still have an oil price in the $30s and the banks have regulators breathing down their necks and reserves for so many of these companies are fundamentally uneconomic in the $30s … the banks have no choice but to take down the bases, and that’s what they’re doing.

Rigzone: What do you suppose this means for reserve-based lending going forward?

Tudor: I don’t think reserve-based lending goes away. Typically, it’s been the very best place to be in the whole capital structure if you’re a lender to the energy industry. But they have to be sensitive to price, and there’s just not that much in North America that is economic in the $30s. Costs are too high, and for you to book those reserves, you need higher commodity prices and that’s just not where we are at the moment. I don’t think reserve-based lending goes away at all. It’s just the amount that they can lend in a price environment like this has gone down. There’s nothing magic to that.

Rigzone: What will be the enduring impact of this downturn?

So on the whole, the industry is going to come out of this more cautious. That being said, capital markets have very short memory spans, and when people – people being investors – start making money again by participating in equity deals and high yield deals in the energy business, the markets will open back up. It always happens that way, and there’s no reason to believe it won’t happen that way again.

I do think that boards of directors for energy companies are going to be less comfortable in outspending their cash flow dramatically, assuming capital markets are going to be there for them. We had a period of time when the markets just weren’t there; there’s also basically been no (acquisitions and divestitures) market to help you fund things. When you have a near death experience, it tends to impact you. We think there will be more caution on the back end of this, and frankly, that’s good for the oil price, just because it means we’re not going to see this immediate hard-snap back to dramatic year-over-year growth in North America.

Rigzone: Do you expect oil prices to dip any further?

Tudor: We think we probably have seen the bottom. But inventories are still very heavy. I think a lot depends on what happens with inventories in the next month or two – do we see continued drawdowns and returns to more normalized levels? We think you will, but we could be wrong. It’s a little hard to predict.

K  |  April 09, 2016
How would you advise a recent graduate interested in working in the oil and gas industry? Dont! its never coming back! They think it is but it aint! There is no comparison of the cyclical downturns of the oilfield to any other industry! Oil and Gas are like space - there is an infinite supply. No amount of humans will ever be able to use it all. Its a big joke!
Most Popular Articles