Artificial Intelligence Tool Taps Power of Both Sides of Brain 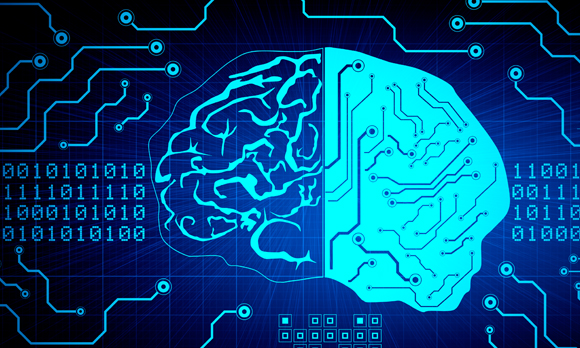 Austin–based Lucid Holdings says its AI tool sources powers from both sides of the brain.

Seeking to enhance oil and gas productivity, efficiency and safety, oil and gas companies have been exploring how to use artificial intelligence (AI).

The application in oil and gas of AI – or, the application of science and engineering with the intent of intelligent machine composition – is not new, according to the Journal of Artificial Intelligence and Soft Computing Research. The first application of AI in exploration and production, for well log interpretation, drillbit diagnosis using neural networks, and intelligent reservoir simulation interface, was recorded in 1989. AI has been used to address a variety of issues in oil and gas, such as seismic pattern recognition, reservoir characterization, permeability and porosity prediction, prediction of PVT [properties, drill bits diagnosis, estimating pressure drop in pipes and wells, optimization of well production, well performance, portfolio management and general decision-making.

Last year, Rigzone reported on Amelia, an AI platform that Royal Dutch Shell plc and Baker Hughes were testing to see how Amelia could enhance their accounts payable operations. AI also is being used to identify and react to drilling issues like a human worker would, or case-based reasoning, Rigzone reported in 2014.

Executives with Austin-based Lucid Holdings say their AI technology – which has been under development for nearly four decades – stands out from other forms of AI in that it leverages both sides of the brain, so to speak. Generally speaking, the human brain uses two sources of power to think. One of these sources of power is the right brain, which allows humans to think in terms of patterns, trends, and correlations, or the use of mathematics to interrogate data to find trend-to find those correlations.

“We’re big believers in that kind of power,” Stewart said.

Building this capacity into AI is incredibly difficult, Stewart said; this “common sensical” type knowledge takes humans decades to build. Like a human child, Cyc, Lucid’s AI platform, had to learn how the world works.

The human brain is limited by complexity, meaning that it can’t anticipate all the things that can go wrong, according to a white paper by Lucid. Specialization, scale, and endurance also limit the ability of humans to think of all plausible scenarios. Pre-programmed software to detect drilling problems also can’t detect all the problems that could occur in a well; additionally, it can trigger false alarms, Blake Shepard, project manager and senior ontologist of Cycorp Inc., which is building Cyc for Lucid, told Rigzone. Computers are limited by understanding; for example, they can identify a picture of a cat but don’t know what cats are. They also can’t infer, or engage in flexible thinking – to them, things are true or false, with little appreciation for ambiguity, let along consistency. And while they can identify the what, they can’t explain the why, Lucid noted in the white paper.

The company said its technology has been successfully applied to a multinational oil company’s onshore and offshore wells. Lucid worked with an operator who faced high costs in oil and gas production from deepwater and poor oil sand deposits. The operator also faced a challenge in the need to extend conventional oil and gas reserves.

In working with this operator, Lucid looked at a range of wells – old, new, artificial lift and naturally flowing.  As it approached each new well class, Lucid talked with the operators’ production engineers – who were experts at these wells – to gain insights into the events they were interested in monitoring, such as sand production. Lucid then taught Cyc this domain knowledge to enrich its understanding of the world.

Once Cyc gained the understanding about the events the production engineers were interested in tracking – events that if identified early could reduce production deferment time – Cyc could reason about why the events are happening. It would then produce an assessment with a range of events, ranking the likelihood of an event happening, and why an event might warrant more attention. Stewart said Lucid was able to achieve a much wider range of possible events with Cyc.

“As wells get older, they become more idiosyncratic,” said Shepard.

Lucid taught Cyc to understand the range of possibilities for well behavior as it aged.

After setting up Cyc to monitor wells, it took one to two hours to link it to specific signals. It took several days to adjust to the relevant thresholds for each type of well. Through this process, Cyc gained insight into what normal and abnormal well performance looked like.

Instead of a hardcoded application, Lucid wanted to deploy a tool that could learn dynamically, not just about statistical signatures in a well, Stewart noted. The underlying causations and optimal mitigation strategies that Cyc learned would build up in its system, so that Cyc would become smarter with each successive well. As it learned, Cyc applied its new domain expertise to the incoming streams of real-time well data, formulating plausible hypotheses about what geophysical and geochemical conditions of interest might be taking place downhole.

This allowed for a much faster response to acute problems, anomalous data; in some cases, chronic problems were identified months earlier than when the previous solution was used, Lucid said in the presentation. As a result of Cyc, production yield from the company’s wells can be increased 10 percent. This also reduced the need for expensive, unnecessary shutdowns from false positives and saved equipment from damage. It also increased total lifetime well yield by earlier detection and identification and analysis of acute and chronic conditions, which would have been false negatives, Lucid reported.

Cyc helped the operator achieve greater productivity, efficiency and safety. Usually when a reservoir is run more aggressively, it’s at the cost of safety, Stewart noted. If you slow down to boost safety, optimization is sacrificed.

“We understand what operators are facing” in terms of the low oil price environment, Stewart said. “Becoming more intelligent, safer and productive is a good strategy.”

Stewart formed Lucid Holdings in 2008 to acquire and bring to market the Cyc technologies. Cyc was spun out in the mid-1990s from the Austin-based Microelectronics and Computer Consortium (MCC). MCC was formed in the 1980s in response to the United States government’s National Cooperative Research Act. Through this act, the U.S. sought to encourage large American companies to join together in developing the world’s most advanced AI technology, and address the potential threat of massive foreign government subsidized research programs to create so-called fifth-generation computing systems.

When Cyc was spun out, a new company, Cycorp, was formed, under the leadership of Dr. Douglas B. Lenat. Stewart – another MCC researcher and expert in designing software to solve problems in complex integrated systems – discussed commercializing Cyc’s AI platform. U.S. government and commercial project financing of more than $200 million and alliances with some of the world’s largest research and development organizations were involved in developing Cyc for commercial use, according to Lucid’s white paper.

Cyc doesn’t render data scientists obsolete, but can augment what they do, Stewart said, by allowing fewer data scientists to do more. Cyc can capture the learnings of older production engineers who are approaching retirement age, Shepard noted.

Based on Cyc’s success, Lucid plans to increase its franchise into the oil and gas space. The company sees applications for Cyc across the upstream, midstream and downstream sectors. Cyc also has further applications in which visibility can be increased to allow Cyc to offer suggestions of what steps should be taken to address an issue. 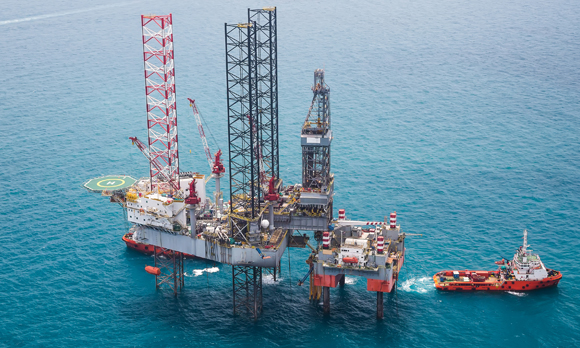 Lucid’s Cyc technology allowed a multinational oil company to improve both efficiency and safety, which is something that wasn’t possible with other technology attempts since these two usually contradict each other.
Source: Lucid