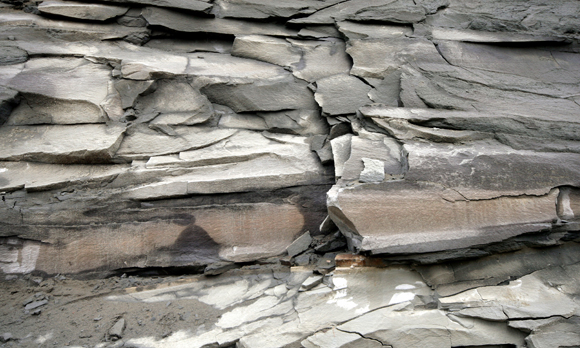 Aubrey McClendon’s death comes a day after he was charged with rigging bids for oil and natural gas leases.

(Bloomberg) -- Aubrey McClendon was killed in a car crash in Oklahoma City Wednesday, police said. His death comes a day after he was charged with rigging bids for oil and natural gas leases.

Three years after being forced out of  Chesapeake Energy Corp., the natural gas company he co-founded, the 56-year-old was facing allegations he worked with an unidentified competitor to keep the price of leasing drilling rights artificially low.

McClendon was accused of orchestrating a scheme between two “large oil and gas companies” to not bid against each other for leases in northwest Oklahoma from December 2007 to March 2012, the Justice Department said Tuesday in a statement. The charge is “wrong and unprecedented,” McClendon said Tuesday in a separate statement.

The grand jury indictment came after the hydraulic fracturing process McClendon championed for accessing trapped oil and gas has caused prices to crater. Chesapeake has sunk 39 percent this year, including losing a third of its value in a single day last month after a report, which the Oklahoma City-based company denied, that it had hired lawyers for potential bankruptcy.

The conspirators allegedly decided ahead of time who would win the leases and the winning bidder would then allocate an interest in the leases to the other company, the government said. The companies, which aren’t defendants in the case, are identified in the indictment as Company A and Company B. Mark Abueg, a spokesman for the Justice Department, declined to comment on their identities.

“The Justice Department has taken business practices well-known in the Oklahoma and American energy industries that were intended to, and did in fact, enhance competition and lower energy costs and twisted these business practices to allege an antitrust violation that did not occur,” McLendon’s lead lawyers, Abbe Lowell of Chadbourne & Parke LLP and Williams & Connolly LLP’s Emmet Flood, said in a statement Tuesday. “We will show that this prosecutorial overreach was completely unjustified."

During his almost quarter-century at the helm of Chesapeake, McClendon embraced drilling and fracking innovations that unleashed the shale revolution ignored by the world’s biggest energy producers, building the company into what was for a time the largest U.S. source of gas.

McClendon, who co-founded Chesapeake in 1989, oversaw a jump in its market value from its 1993 debut as a public company to a peak of more than $35 billion in 2008, according to data compiled by Bloomberg.

McClendon was in the vanguard of the shale revolution that upended U.S. gas markets and paved the way for the renaissance in American crude oil production. At Chesapeake, he amassed a shale empire that rivaled Exxon Mobil Corp.’s before he was dismissed in 2013 amid conflict-of-interest probes and a shareholder revolt led by billionaire Carl Icahn.

After his ouster from Chesapeake, McClendon formed American Energy Partners LP and raised more than $10 billion for acquisitions. With financial backing from private-equity heavyweights including First Reserve Corp. and Energy & Minerals Group, controlled by John Raymond, McClendon’s new vehicle amassed drilling rights and exploratory stakes from the Appalachian mountains to Australia and Argentina before commodity prices cut the company’s growth and restricted its access to credit.

Elizabeth Prewitt, a former Justice Department prosecutor, said the indictment represents a major case for the U.S. following a new policy announced last year intended to emphasize the prosecution of individuals in corporate-fraud investigations. McClendon’s lawyer said he had been singled out in the name of the new policy, which came after years of criticism that the department had failed to hold individuals accountable.

“McClendon was at the head of the table in the C-suite when he supposedly orchestrated the bid-rigging scheme, and so this charge lines up with the DOJ’s recent focus on prosecuting individuals," said Prewitt, now at Hughes Hubbard & Reed LLP in New York.

According to the indictment, McClendon was the chief executive officer, president and a director of Company A until at least March 2012. Company B was a corporation with its principal place of business in Oklahoma City, according to the charging document. The Justice Department provided a copy of the filing, which couldn’t immediately be confirmed in court records.

Prosecutors said McClendon contacted an unnamed co-conspirator at Company B in 2007 and proposed they stop competing on bids to purchase leases.

The antitrust law McClendon was accused of violating, the Sherman Act, carried a maximum prison sentence of 10 years and a $1 million fine for individuals, according to the Justice Department statement.

“I have been singled out as the only person in the oil and gas industry in over 110 years since the Sherman Act became law to have been accused of this crime in relation to joint bidding on leasehold,” McClendon said in a statement. “I will fight to prove my innocence and to clear my name.”

Chesapeake spokesman  Gordon Pennoyer said the company has been cooperating with prosecutors and received immunity under a Justice Department leniency program that shields companies from  criminal prosecution if they are the first to report an antitrust violation.

“Chesapeake does not expect to face criminal prosecution or fines relating to this matter,” Pennoyer said in a statement. “Chesapeake has taken significant steps to address legacy issues and enhance legal and regulatory compliance throughout the organization.”

The Justice Department’s investigation is ongoing.

Chesapeake paid a $25 million penalty to the U.S. state of Michigan last year to settle allegations it conspired with Canadian gas driller Encana Corp. to rig auctions for drilling rights. In addition to the civil settlement, Chesapeake pleaded “no contest” to two misdemeanor criminal antitrust violations in state court, the Michigan attorney general’s office said in an April 24, 2015, statement. The Justice Department opened a grand jury inquiry into the Michigan bid rigging allegations, though it never brought charges.