US Shale's Message For OPEC: Above $40, We Are Coming Back 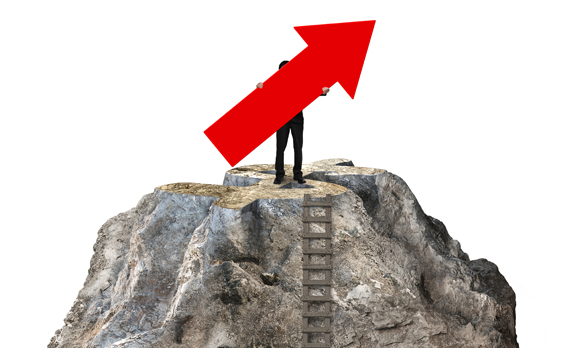 Less than a year ago major shale firms were saying they needed oil above $60 a barrel to produce more; now some say they will settle for far less in deciding whether to crank up output after the worst oil price crash in a generation.

Their latest comments highlight the industry's remarkable resilience, but also serve as a warning to rivals and traders: a retreat in U.S. oil production that would help ease global oversupply and let prices recover may prove shorter than some may have expected.

Rival Whiting Petroleum Corp, the biggest producer in North Dakota's Bakken formation, will stop fracking new wells by the end of March, but would "consider completing some of these wells" if oil reached $40 to $45 a barrel, Chairman and CEO Jim Volker told analysts. Less than a year ago, when the company was still in spending mode, Volker said it might deploy more rigs if U.S. crude hit $70.

While the comments were couched with caution, they serve as a reminder of how a dramatic decline in costs and rapid efficiency gains have turned U.S. shale, initially seen by rivals as a marginal, high cost sector, into a major player - and a thorn in the side of big OPEC producers.

Nimble shale drillers are now helping mitigate the nearly 70-percent slide crude price rout by cutting back output, but may also limit any rally by quickly turning up the spigots once prices start recovering from current levels just above $30.

The threat of a shale rebound is "putting a cap on oil prices," said John Kilduff, partner at Again Capital LLC. "If there's some bullish outlook for demand or the economy, they will try to get ahead of the curve and increase production even sooner."

While the worst oil downturn since the 1980s sounds the death knell for scores of debt-laden shale producers, it has also hastened the decline in costs of hydraulic fracturing and improvements of the still-developing technology.

For example, Hess Corp., which pumps one of every 15 barrels of North Dakota crude, cut the cost of a new Bakken oil well by 28 percent last year.

What once helped fatten margins is now key to survival in what Saudi Oil Minister Ali al-Naimi described last week as the "harsh" reality of a global market in which the Organization of Oil Exporting Countries is no longer willing to curb its supplies to bolster prices.

"It's no longer enough to be the low cost producer in U.S. horizontal shale," Bill Thomas, chairman of EOG Resources Inc , said on Friday. "EOG's goal is to be competitive, low-cost oil producer in the global market."

Thomas did not say what price would spur EOG to boost output this year, but said it had a "premium inventory" of 3,200 well locations that can yield returns of 30 percent or more with oil at $40.

Apache Corp, forecasts its output will drop by as much as 11 percent this year, but said it would probably manage to match 2015 North American production if oil averaged $45 this year.

One reason shale producers can be so fleet-footed is the record backlog of wells that have already been drilled but wait to get fractured to keep oil trapped in shale rocks flowing.

There were 945 such wells in North Dakota, birthplace of the U.S. shale boom in December, compared to 585 in mid-2014, when prices peaked, according to the latest available data from the Department of Mineral Resources. Their numbers are growing as firms like Whiting keep drilling, but hold off with fracking.

Some warn that fracking the uncompleted wells can offer only a short-term supply boost and a sustained increase would require costly drilling of new wells and therefore higher prices.

"It's going to take a move up to $55 before we see anyone plan new production," says Carl Larry, director of business development for oil and gas at Frost & Sullivan.

To be sure, it is far from certain whether oil prices will even reach $40 any time soon. Morgan Stanley and ANZ expect average prices in the low $30s for the full year.

TrevorC  |  March 04, 2016
would consider completing some of these wells if oil reached $40 to $45 a barrel. Is this new drilling or simply they would consider fracking more wells that have already been drilled? And what does the price need to be to cover the cost of completely new investment - licences, roads, pads, wells etc? Or even paying back the existing debts?
RELATED COMPANIES
Company: OPEC more info
Company: Whiting Petroleum Corporation more info
Company: Continental Resources, Inc. more info