US Shale Oil Drillers Finally Buckling as OPEC Pumps On 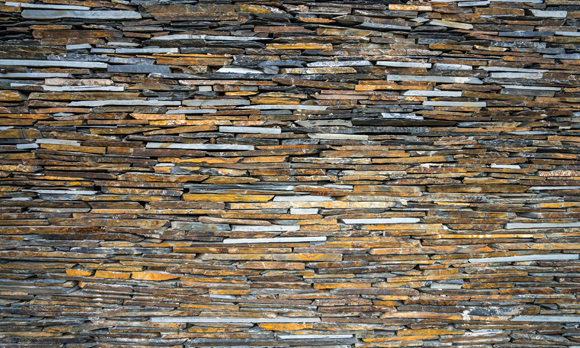 US oil drillers are finally beginning to buckle. For more than a year, American oil producers found a way to keep pumping despite a worldwide slide in crude prices.

For more than a year, American oil producers found a way to keep pumping despite a worldwide slide in crude prices. Like cartoon character Wile E. Coyote, U.S. drillers dashed off the cliff and somehow kept running in midair, maintaining volumes even as revenue plummeted.

Apache Corp. expects oil and natural gas production to fall as much as 11 percent in 2016, the company said Thursday, a day after Continental Resources Inc. projected a 10 percent cut and Whiting Petroleum Corp., a 15 percent reduction. Devon Energy Corp. forecast a 10 percent decline earlier in the month.

With crude prices near a 12-year low, drillers are deciding it’s best to keep their barrels in the ground, heeding the advice this week of Saudi Arabia’s Ali al-Naimi. In comments at the IHS CERAWeek energy conference in Houston, Naimi told U.S. producers their only choices were to "lower costs, borrow cash or liquidate" to survive the downturn.

“This is the fork in the road," Subash Chandra, a Guggenheim Securities analyst in New York, said in a telephone interview. “We know which direction we’re going -- we’re going down -- in terms of volumes. The only question is at what velocity we’re going down that path."

The surprising resilience of U.S. producers has been a key factor in the 70 percent slide in crude prices over the past 20 months, with operators cutting costs and squeezing more petroleum out of fewer wells to stave off the reckoning. Saudi Arabia, the biggest producer in the Organization of Petroleum Exporting Countries, has ruled out a cut in the nation’s output, according to Naimi, leaving U.S. shale to carry the burden of balancing the market.

While sales of new shares and income from hedging contracts that temporarily locked in higher prices helped keep the shale industry afloat in 2015, the piper is calling, Scott Sheffield, chief executive officer at Pioneer Natural Resources Co., told the conference. The industry is in "hunker down, hunker down," mode, he said.

Output from the Eagle Ford shale region in Texas is likely to fall 1 million barrels a day, Sheffield said. That’s a 9 percent decline from the 1.1 million a day produced in 2015, according to Railroad Commission of Texas data.

Pioneer is one of the few outliers, forecasting its volumes will grow by 10 percent this year. Others are pulling back and slashing capital spending budgets in an attempt to hoard cash and ensure they can meet debt payments.

“We’ve decided to slow down and preserve our cash on hand," Cimarex Energy Co.’s Tom Jorden told analysts on a Feb. 17 conference call. “Production growth will have to take a backseat to flexibility and balance sheet preservation." Cimarex has forecast a decline of more than 5 percent in 2016 output.

Anadarko Petroleum Corp. expects its production to fall as much as 4 percent. With oil priced at $30 a barrel, “we’re just not getting the returns that we would want to get," Executive Vice-President Robert Daniels told a Credit Suisse conference Wednesday.

All that’s still not enough to dispel an oil glut expected to last well into 2017, said Guggenheim’s Chandra. Other U.S. producers have said they plan to hold volumes steady and many “are hoping the weaker hands in the industry can absorb all the declines," he said.

“The changes that have to occur industrywide to deal with what we see coming are going to be dramatic," he said.

Colin  |  March 02, 2016
Shame that the world continues to trade with such an unenlightened regime, perhaps if sanctions where in place they might stop and improve their human rights. If no one was buying then the oil prices elsewhere might bounce.....
Kyle  |  February 28, 2016
Donald - Can you advise as to what other option American E& P companies have?
randy verret  |  February 27, 2016
Not quite sure that the U.S is sitting down. The middle east contains something like 70% of proven worldwide oil reserves and is the low cost (conventional) producer. The Saudis have laid down the gauntlet. They want to maintain their market share and wont play the swing producer role. If you are not efficient and your lifting costs dont allow you to make a profit at $35-$40/bbl oil prices (or lower), then you are out of the game. We have always prided ourselves in American ingenuity. Looks like our next big opportunity to engage in it...
Donald  |  February 26, 2016
This is a shame that the US is sitting down while the Saudies run over us.
RELATED COMPANIES
Company: Apache Corp. more info
Company: OPEC more info
Company: Devon Energy more info
Company: Continental Resources, Inc. more info