Indonesia Not Decided on Abadi Dev. Scheme Despite Minister's Claim 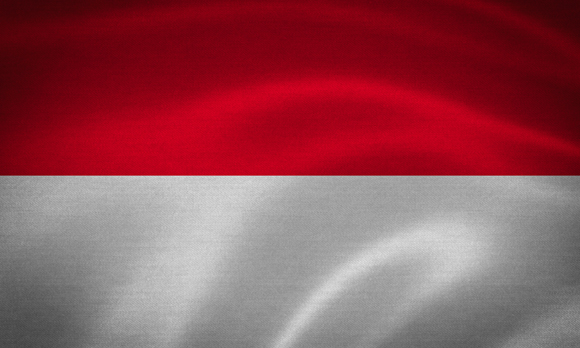 Indonesia has yet to decide on the development scheme for the Abadi project in the Arafura Sea despite a claim by a minister that President Joko Widodo has opted for the onshore proposal.

Indonesia has yet to make a decision on the development concept for the Masela Production Sharing Contract (PSC) in the Arafura Sea, located in the eastern part of the country, despite a claim by a minister that President Joko Widodo had agreed to develop the Abadi field using an onshore plant instead of a floating liquefied natural gas (FLNG) facility, a local daily said Wednesday.

Coordinating Maritime Affairs Minister Rizal Ramli indicated on Monday, as reported by the Jakarta Post, that President Widodo had opted for an onshore scheme for the Abadi LNG project, bringing to a close the continued delay and uncertainty surrounding the development plan for the block.

Rizal's statement on the onshore plant scheme was however refuted by Presidential Spokesman Johan Budi, who pointed out that Joko Widodo is still looking into the onshore and offshore development proposals for the Abadi project, including potential benefits for the business sector, economic gains for the local communities and multiplier effects for the domestic economy.

“We need to make a prudent decision for such a big project ... However, it will be decided soon,” Johan said Tuesday.

In September 2015, Rizal expressed his support for an onshore LNG facility for the Abadi project, saying that it would be more efficient and sensible. He added that the onshore LNG plant on Aru island – which will be linked by a 373-mile pipeline from the Abadi gas field – would result in savings on development spending compared to the FLNG scheme and produce economic spinoffs for the development of the surrounding region.

Japan's Inpex Corp. – the operator of the Abadi field – together with its project partner Royal Dutch Shell plc plan to develop the project using an FLNG plant with a yearly LNG processing capacity of 7.5 million tons. The proposal was supported by the Minister of Energy and Mineral Resources (MEMR) Minister Sudirman Said and Indonesia's upstream oil and gas regulator SKK Migas indicated that the FLNG concept would lead to lower cost than the onshore scheme.

Commenting on the latest statement by Rizal, Johan said that while President Joko encourages his ministers to express their views in Cabinet meetings, they should not do so publicly as it could create confusion among investors.

“Just as the President has said, don’t create noise,” Johan said, as quoted by the Jakarta Post.

Inpex currently holds a 65 percent stake in the Masela PSC which has an estimated gas reserves of around 10.7 trillion cubic feet (Tcf), with the remaining 35 percent held by Shell.

Interest in the Abadi development is high as the project could be a major source of new energy supplies in a country facing declining oil and gas production.

“We expect to settle all matters regarding data transfer, covering surface and subsurface data, by mid-year. Thereafter, we will start planning programs and budget,” Pertamina Upstream Director Syamsu Alam said, as cited in the local daily.

Pertamina, which will hold 100 percent stake in Mahakam block in early 2018, plans to divest 30 percent interest to potential partners, including Total which has experience managing the acreage and could help ensure no massive decline in production after the change in operatorship. However, Pertamina has yet to reach a deal with Total and Inpex on such a partnership.

"We don’t care about the candidate partners. The work plan and budget planning will go on. If in the meantime we reach a deal, we will share down the 30 percent at a certain price,” Syamsu said.

Pertamina is expected to complete drafting of the work plan and budget for the Mahakam block before mid-2017.