For Exxon And Shell, Age Of Ultramajors Comes At The Wrong Time 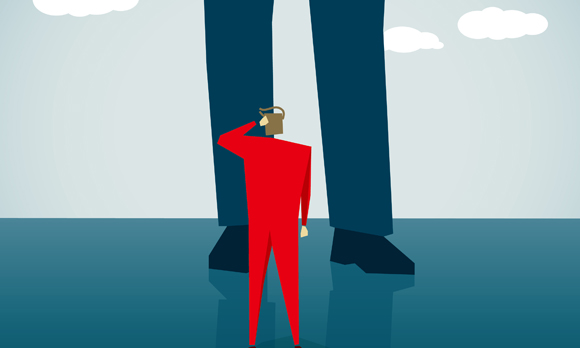 The $64 billion tie–up of Shell with BG Group and the steady growth of ExxonMobil are creating a new league of two: the ultramajors.

(Bloomberg) --This may not be the best time to be bigger than big.

The $64 billion tie-up of Royal Dutch Shell Plc with BG Group Plc and the steady growth of Exxon Mobil Corp. are creating a new league of two: the ultramajors. Executives at smaller companies are even starting to joke that Chevron Corp., Total SA, BP Plc, ConocoPhillips and ENI SpA are merely the mid-cap sector of Big Oil.

But as oil and gas prices have tumbled, Exxon and Shell have been forced to retreat. With oil barely above $30 a barrel, they’re cutting spending, including some costly, high-risk mega-projects. Shell abandoned construction of the 80,000 barrel-a-day Carmon Creek oil sands project in Alberta, Canada, last year after having started to build it. Exxon is slashing investment by 25 percent this year compared with 2015.

“Scale was very important in the late 1990s and 2000s,” said Michele Della Vigna, the top oil industry analyst at Goldman Sachs Group Inc. “In the past there was scarcity of capital. Being big was an advantage. The last 15 years were about being bigger. Today is about being nimbler and lower on the cost curve.”

The problem for the ultramajors is that they’re so big that they need to put off more or bigger projects every year to make a difference in production. The scale of Exxon and Shell has reached a point that it’s creating its own problems, said Tom Ellacott, vice president of corporate analyst at oil consultants Wood Mackenzie Ltd. “You need much bigger projects to move the needle,” he said.

When oil was at $100 a barrel, the two companies had sought to move the needle through developing reservoirs in the roughest, deepest and coldest parts of the world, spending billions of dollars over up to a decade in places like Kazakhstan, the remote corners of Australia, off the shores of Angola and in the Arctic. But as companies adapt to an era of low oil prices, most of those projects may fail to deliver the 15-to-20 percent return the Big Two hope for, industry executives and analysts said.

Shell told investors earlier this month it will spend 6.5 percent less this year than it and BG did in 2015. Exxon’s investment cuts bring the amount it spends in rig leases, floating oil platforms, gas terminals and other projects to a 10-year low.

Oil executives, who are gathered this week at the annual IHS CERAWeek conference in Houston, still believe that size matters.

“The scale and diversity of our cash flows, along with our financial strength, provide us with the confidence to invest through the cycle,” Exxon Chief Executive Officer Rex Tillerson said in early February. His counterpart at Shell also celebrated the size that Shell has achieved in taking over BG. “Today we will see the birth of what will be undoubtedly the best company in our industry,” Shell CEO Ben Van Beurden said Feb 15.

John Browne, the former CEO of BP and an architect of the mergers in the late 1990s and early 2000s that resulted in Big Oil, agreed. “A big balance sheet is still an important weapon,” he said in an interview in Houston.

And to be sure, the numbers put Exxon and Shell above everyone else.

Take the cash they generate producing, refining and selling oil, fuels and petrochemicals. Both Exxon and Shell -- including BG -- were able to deliver a cash flow in excess of $30 billion last year. Chevron comes at a distant third with less than $20 billion, and Total and BP are just a bit behind.

Moreover, both companies have gigantic refining and petrochemical operations, giving them an edge when oil prices drop. Based on direct ownership, Exxon and Shell are the world’s largest oil refiners, followed by China Petroleum & Chemical Corp. and Saudi Arabian Oil Co., according to consultants PetroStrategies Inc. In 2015, earnings from refining and petrochemicals helped major oil companies to offset weaker profits from oil production.

The challenge for both ultramajors is how to continue growing if oil prices remain low. Both companies so far appear prepared to double down on their strategy of being the largest players, ignoring calls from some investors to focus on smaller and faster projects -- precisely the area in which independent, medium-size groups excel. ConocoPhillips, the third-largest U.S. oil company, has told investors it plan to focus this year on projects that come on stream quickly and cheaply.

ConocoPhillips CEO Ryan Lance said Tuesday in Houston that the key for his company was to focus on lower-cost production and short-cycle projects to weather the downturn.

The ultramajors are betting on getting bigger. Shell made its choice by buying BG. For many in the industry, Exxon’s response in the next couple of years could be similar: Acquire a rival, perhaps in the U.S. shale patch where projects are smaller and could be completed more quickly, to grow even more.

For Daniel Yergin, the oil historian and vice chairman of consultants IHS Inc., the expansion of Exxon and Shell probably marks the “next chapter” of the oil industry: “The era after the super majors.”