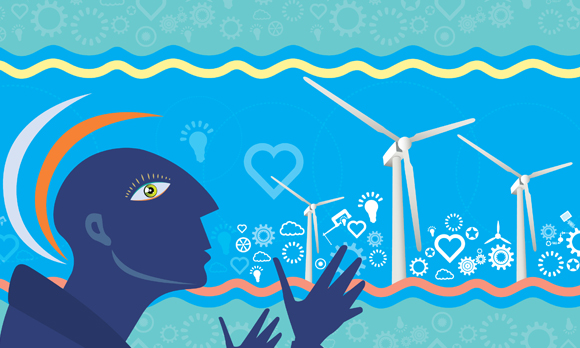 "We specifically went out and looked at ways of making sure we were still cost effective from a client's perspective and doing things more efficiently," James said, explaining that one approach was to multi-skill staff so that they could bring essential work back into the business that had previously been outsourced to expensive third-party contractors.

This strategy of focusing on cost effectiveness has allowed N-Sea to get into more cost-focused markets such as the offshore wind industry.

"The last thing you want to do when you go into the renewables industry is say: 'We're an oil and gas company. Here's how we operate and we think you should do the same,'" James said.

"We went in with a different sort of attitude, where we were able to say 'What do you guys want and how do we do it from where we're coming from?'"

Four years ago N-Sea had no revenues from the renewables industry, but thanks to successful translating of the sorts of inspection services it has always offered the offshore oil and gas industry, the offshore wind sector now accounts for around a third of its turnover. Today, it can offer offshore wind clients personnel who can perform a range of surveying, diving and subsea inspection services, operating from the firm's own vessels.

"Over the last three to four years, we have pretty much gone from zero to 35 percent of our overall business. So, year-on-year we've had pretty good growth," James said.

And James believes that his company offers a template for other oilfield firms to follow.

"A lot of people within oil and gas have seen [offshore wind] as another market. However, they've always looked at it through a cloudy vision because they felt it was very much a [civil engineering] market stepping into the offshore industry … I think we've tried to take that away and say 'How do we adapt what we do offshore and make it effective and efficient in renewables?'"