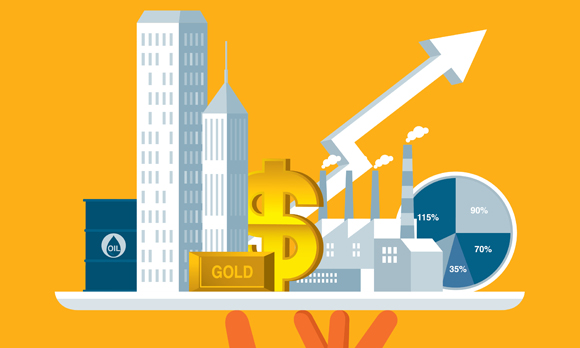 Noble reports a surprise quarterly profit as its operating costs per barrel of oil fell to the lowest in eight years.

Feb 17 (Reuters) - U.S. oil and gas producer Noble Energy Inc reported a surprise quarterly profit as its operating costs per barrel of oil fell to the lowest in eight years.

A fall in prices for oilfield services, coupled with increased efficiencies, are helping oil producers keep operating costs low, even as their cash flows get squeezed by a more-than 70 percent fall in oil prices since mid-2014.

"We have substantially improved capital efficiency across our business, evidenced by a continued reduction in well costs as well as completion enhancements in each of our core onshore assets," Chief Executive David Stover said in a statement.

Noble has halved its targeted capital spending for the year to $1.5 billion, compared with 2015, but still expects production to rise 10 percent on a proforma basis following its acquisition of Rosetta Resources last year.

Noble said total sales volumes of 422,000 barrels of oil equivalent per day (boe/d) in the fourth quarter exceeded produced volumes by more than 5,000 barrels per day due to the timing of liquids production in Equatorial Guinea.

However, the company said it expected sales volumes to decline to 395,000-405,000 boe/d in the current quarter due to downtime at its Alba field compression project offshore Equatorial Guinea.

Noble, which also operates in U.S. shale fields and offshore Gulf of Mexico, Israel and West Africa, reported an adjusted profit of 44 cents per share for the fourth quarter.

Analysts on average were expecting a loss of 4 cents per share, according to Thomson Reuters I/B/E/S.

Noble reported a net loss of $2.03 billion, compared with a profit of $402 million a year earlier, hurt by $2.2 billion in charges.

Up to Tuesday's close of $28.64, Noble shares had declined more than 40 percent over the past 12 months.

(Reporting by Swetha Gopinath in Bengaluru; Editing by Savio D'Souza and Ted Kerr)