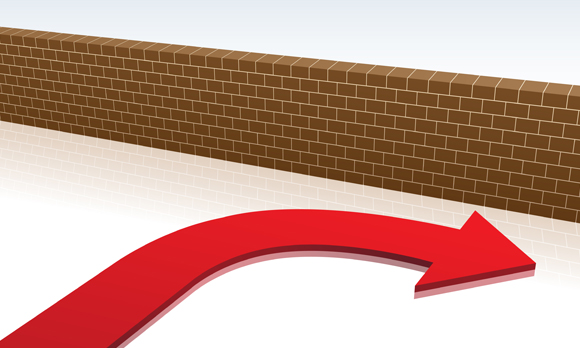 With 4,000 wells drilled and just waiting for better prices to be brought on stream, the so-called fracklog could act as a cap to any oil rally, industry executives, traders and OPEC officials say.

(Bloomberg) -- Saudi Arabia and Russia have taken the first step to stem the slide in oil prices. There’s just one problem: If they are successful -- and that’s a big if -- the wildcatters of Texas, Oklahoma and North Dakota are waiting to pounce.

With 4,000 wells drilled and just waiting for better prices to be brought on stream, the so-called fracklog could act as a cap to any oil rally, industry executives, traders and OPEC officials said. Worse, a price recovery could effectively bail out dozens of shale companies now struggling with $30-a-barrel oil, allowing them to return to the capital market.

“If you think about making a production cut as OPEC, prices rise and these producers can get oil online in 80 days,” Jeff Currie, Goldman Sachs Head of Commodities Research, said on Bloomberg TV. “It makes any type of price rally self-defeating.”

The risk of meaningful output cuts for Saudi Arabia, Russia and others is that they backfire. Slowly but surely, low prices have been bringing the U.S. shale industry to its knees. Bankruptcies have mounted while company after company slashed spending, laid off roughnecks and idled drilling rigs. As many as 74 North American producers face significant difficulties in sustaining debt, according to credit rating firm Moody’s Investors Service.

The drop in U.S. oil rigs to the lowest level since 2010 is starting to translate to the wellhead. In North Dakota, production from the prolific Bakken formation suffered its first year-on-year drop in a decade in September. In Texas, home of the Eagle Ford and Permian basins, output in November fell on an annual basis the first time since 2010.

“Saudi Arabia needs to be assured that U.S. shale wouldn’t bounce back quickly,” said Bob McNally, president of consultant Rapidan Group in Washington and a former senior oil official at the White House.

With shale groups struggling, U.S. production is set to decline this year by 740,000 barrels a day to 8.69 million, according to the latest government forecast. A rebound in oil prices could alter that math.

Shale output will come back if oil prices rise to $50 a barrel, Ian Taylor, chief executive officer of Vitol Group BV, the world’s largest oil trader, said in an interview before the Saudi-Russia deal was announced. “It looks clear that a lot of the oil that’s probably going to be shut down in the next year or so because it is simply too low a price, some of it could come back,” he said.

Once oil rises, shale companies can lock in prices, insulating themselves against any market weakness and attracting lenders. “If the price of oil goes back up to $50, the banks will respond quickly,” said Ed Hirs, an energy economics lecturer at the University of Houston and managing director of private drilling company Hillhouse Resources LLC. “Shale companies will buy a new round of hedges, and banks will not be calling their" loans, he said.

So far, the prospect of a price rebound seems limited. U.S. oil futures fell back below $30 a barrel on Tuesday after the deal was announced on speculation that it wouldn’t reduce the current glut. Prices added 17 cents, or 0.6 percent, to $29.21 a barrel at 11:55 a.m. Singapore time on Wednesday.

Some shale companies may not be inclined to dive back in. Bill Thomas, chief executive at EOG Resources Inc., the largest landholder in Texas’s Eagle Ford shale formation, told attendees at an industry conference in Houston last week that his company won’t start boosting output the first time oil hits $60 a barrel.

"We’re going to make sure the market is in good shape, it’s balanced, and we’ve got a future," Thomas said. "We don’t want to ramp it up and drive the price of oil down again."

The cheapest and quickest way for shale companies to increase output would be to tap the fracklog. Almost 4,000 wells have been drilled but are still waiting to be hydraulically fractured so they can produce, according to Bloomberg Intelligence analysts William Foiles and Andrew Cosgrove. If the fracklog were reduced by just 170 wells a month, it could add 400,000 to 600,000 barrels a day, Cosgrove said.

It wouldn’t be as quick as stepping on an accelerator, because companies have laid off so many roughnecks that it would take time to rebuild the work force in order to take on the projects, he said. “It’s not an immediate snap-back, but it is waiting in the wings,” Cosgrove said.