Chesapeake Falls by Most Since '93 Amid Cash Drought Concern 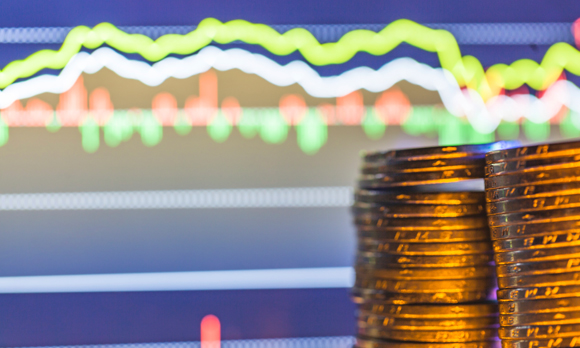 Chesapeake Energy says it has no plans to seek bankruptcy protection, dismissing a report that wiped out half the US natural gas driller’s value.

Burdened with a debt load eight times larger than its market value, Chesapeake has been canceling drilling projects, trimming its workforce and closing offices to slow the rate at which it burns through cash. Monday’s panic was triggered by a sell-off in 3.25 percent notes that mature next month, spurring concern that Chesapeake might be unable to pay off the $500 million bonds, said Tim Rezvan, an analyst at Sterne Agee & Leach Inc.

“When those notes traded off, people started wondering that maybe they’re not going to be able to make their payment five weeks from now,” said Rezvan, who said the concerns were unwarranted. “The company still has an undrawn $4 billion credit facility available to it, and we think they ended 2015 with some cash on hand.”

Chesapeake issued a statement Monday dismissing a Debtwire report that it had brought on restructuring attorneys from Kirkland & Ellis LLP to help sort out its balance sheet. The law firm has served as one of the company’s counsel since 2010 and continues to advise on its recent debt exchange, Chesapeake said in the statement. After the statement’s release, the stock pared losses that had reached a record 51 percent earlier Monday.

“Halcon continues to proactively explore multiple options to strengthen its balance sheet,” the company said in a statement. “The Company has significant liquidity, a valuable hedge book, quality assets, and a vested management team that is working hard on behalf of the Company and all of its stakeholders.”

Chesapeake, which pumps more U.S. gas than any driller other than Exxon Mobil Corp., has $1.3 billion in debts maturing by the end of 2017. Analysts expect Chesapeake to have a cash shortfall of more than $1 billion over the next two years.

The shares closed at $2.04 in New York, after sliding the most since their debut in 1993 and touching $1.50. Chesapeake will post a second consecutive annual loss this year as an oversupply of North American gas weighs on prices and erodes cash flows the company needs to pay its debts, according to forecasts compiled by Bloomberg.

Activist investor Carl Icahn, the second-largest Chesapeake shareholder and driver of the 2013 investor revolt that deposed co-founder Aubrey McClendon, suffered a loss of about $79 million on the value of his holdings in the company on Monday, assuming his stake hasn’t changed since the latest filings compiled by Bloomberg.

The billionaire owned about 73 million shares as of Sept. 30. In December, Icahn told T. Boone Pickens during a podcast that he was “‘stuck” in some energy investments and that “it’s going to be tough for a while.” Icahn wasn’t immediately available to comment, according to a spokesperson.

Gas, which accounts for about 80 percent of Chesapeake’s production, has averaged about $2.56 per million British thermal units during the past year, down 38 percent from a year earlier. For now, Chesapeake will be relying on borrowed money to stay afloat, said Mark Hanson, an analyst at Morningstar Inc.

“The lifeblood of this company for the next four quarters at least will be their revolving credit facility,” Hanson said in a telephone interview on Monday. Investors will be paying close attention to whether lenders reduce Chesapeake’s borrowing base during the bi-annual reassessment in April, he said.

Chesapeake is scheduled to disclose fourth-quarter and full-year 2015 results on Feb. 24.

The company’s bonds pared losses. Chesapeake’s notes due March 2016 were trading at 83 cents on the dollar, after earlier falling by a record to 74 cents. Bonds maturing in 2017 fell to an all-time low of 25 cents.

The company was the worst performer on the Standard & Poor’s 500 Index on Monday.