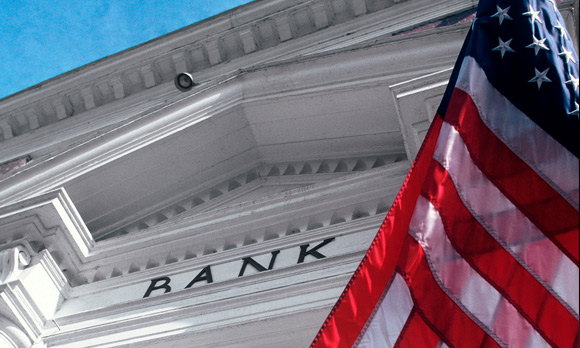 Losses from souring oil and gas loans at the largest US banks are probably manageable, even if fuel prices remain low, according to Moody's Investors Service.

(Bloomberg) -- Losses from souring oil and gas loans at the largest U.S. banks are probably manageable, even if fuel prices remain low, according to Moody’s Investors Service.

At the six biggest banks, funded exposures to the industry amount to 2.3 percent of total loans, Moody’s said Friday in a report. Morgan Stanley is at the high end, with about 5 percent of its funded loans to the sector, and JPMorgan Chase & Co. is at the low end, with 1.5 percent, the analysts wrote. Trading exposures are smaller and likely to have cash or securities as collateral, or they’ve been hedged, according to the report.

“The recent earnings results of the U.S. global investment banks reveal that their direct energy-loan exposures are manageable and do not present a significant concentration risk,” they wrote.

Still, the firms may have to add to reserves for loan losses if the price of oil stays low, Moody’s said. While much of the banks’ capital isn’t threatened by energy losses, Citigroup Inc.’s total funded and unfunded commitments account for about 40 percent of its common equity tier 1 capital, the most of the group, the analysts said. Wells Fargo & Co., which doesn’t disclose unfunded commitments by industry, wasn’t included in that calculation, Moody’s said.

Bank of America Corp.’s reserves appear “somewhat low,” the analysts wrote, adding that it may be due to a more conservative grading system or more collateral backing the loans, they said.