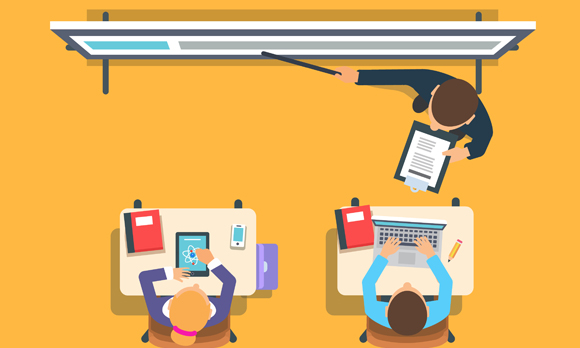 The oil and gas industry will need to take lessons from companies like Uber if it wants to attract a new generation of talent, say speakers at the 17th GE Oil & Gas Annual Meeting in Florence, Italy.

The oil and gas industry will need to take lessons from companies like Uber if it wants to attract a new generation of talent, according to GE executives at the 17th GE Oil & Gas Annual Meeting in Florence, Italy.

Rigzone, which is attending the conference, heard GE Oil & Gas Chief Information Officer Anup Sharma warn that graduates will come to demand the interconnected user experience provided by brands such as Uber in their workplace, and if the industry wasn't willing to provide them with such an experience, it would be bad news for oil and gas companies.

"Our industry has a very special challenge of attracting the next generation and if they do not have Uber-like experiences for getting work done or sharing information…I think we’re going to have continued challenge," Sharma said in a round-table discussion at the conference.

Addressing journalists at the event, Bill Ruh, CEO at GE Digital, noted the popularity of Uber, stating that the company's talent lies in making the lives of its targeted audience easier:

"The reason people like Uber is not because they have the best taxis: they don't own any taxis. It's because they have the best user experience….I think people in [the] industrial world have not put the effort into making sure to provide something that people like. The reality is not that they like it, they like it because it makes their job easier."

The urge towards a shift in user experience comes amid an impending "Great Crew Change" in the oil and gas sector, which will see around 50 percent of the industry's workforce retire.

"Everybody's stopped talking about crew change. It's a reality, and whether we're in a down-cycle or not, 50 percent of the crew will retire,” Sharma said.

Kishore Sundararajan, GE Oil & Gas's chief technology leader, echoed the words of his colleagues, suggesting that the energy sector simply had no choice but to respond to the expectations of the new generation of potential oil and gas recruits.

"I think that user experience is going to be key because it's going to be demanded by the new generation. It's an expectation. And if you look at oil and gas industry demographics, and look at the retirement [levels] in the next five years, you’re going to get in a fresh crop of people who are coming in with an expectation of working with an iPad and iPhones. You have to just deal with it," Sundararajan said.

GE is not the only company which has warned the industry to start tailoring its technology to recent graduates, if it wants to attract new talent. Late last year, Rigzone spoke to Bruce Calder, Honeywell Process Solutions' chief technology officer, who suggested that the sector needs to leverage the technology that millennials helped create.