COLUMN: Limit Crude Imports: Perhaps Eisenhower Was On To Something 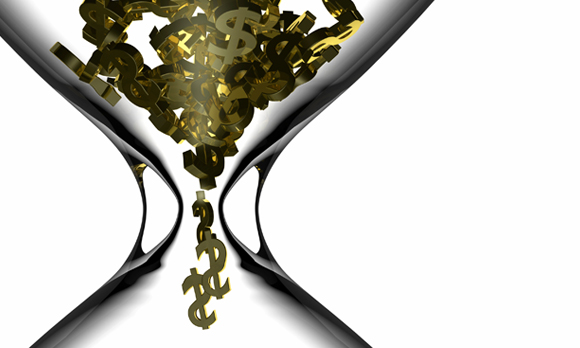 Geopolitical analysis suggests keeping crude in North America – rather than shipping it around the world – might be more meaningful to domestic energy and economic security.

Just in time for Christmas, the U.S. government made the decision – long championed by oil and gas producers – to lift the ban on exporting crude oil. Presumably, it would open the nation’s oil industry to new markets, reduce the excess oil currently stranded in storage and perhaps even raise the price of oil to numbers that make it more economic to produce. Instead, as U.S. oil reserves remained parked at an 85-year high, and oil prices per barrel fell close to $36.

What’s more is that decline hasn’t let up. A month later, and since the departure of the first tankers to export U.S. oil to foreign locales, the price of domestic oil has remained volatile and settled even lower. A barrel of WTI oil closed trading Jan. 22 with a 10 percent bump that only took it to $32.19 per barrel.

Despite the urging of producer powerhouses such as Harold Hamm, CEO of Continental Resources Inc., was the move a step in the wrong direction?

Not a mistake, said Ed Hirs, an energy fellow at the University of Houston, but certainly not a panacea.

“It was just a whole bunch of political capital expended on something that’s not going to have any impact or in any way really benefit the economy,” he told me. “How are [producers] going to sell their shale oil, which costs them (on average) $75 a barrel to produce for $30 and make a profit. It was, is and remains a fool’s errand.”

So what makes crude oil different?

Citing a recent column in The New York Times, Hirs noted the “hand-in-glove” relationship the United States appears to have with Saudi Arabia.

“For the cheap oil and military intelligence, we basically go and fight their wars for them. So the U.S. basically is a mercenary,” he said. “[The Times] didn’t say that, but I will.”

But back in 1956, before the widespread panic of the Saudi’s oil embargo and gasoline lines that stretched for miles, President Dwight “Ike” Eisenhower imposed by executive order a restriction on importing crude oil.

“He knew that we would buy that oil from anyone, and so he looked at the strategic importance of maintaining our own oil supply,” Hirs said. “That was not popular with Congress or the public, but who’s going to argue with Eisenhower? It’s not like Obama, Bush I, Bush II, Trump, Reagan, Carter or Nixon knew better than Eisenhower. These import restrictions raised the price of domestic crude to roughly double the world price.”

Consequently, the Organization of Petroleum Exporting Countries (OPEC) was created to figure out how to deal with the United States’ crude independence.

Including Canada as a 51st state of sorts, the United States could exist indefinitely on refusing crude imports, he said. In drafting a paper on the subject with fellow Yale University graduates, Hirs discussed the proposal with politicians of both red and blue stripes, each of whom agreed with their analysis and strategy. The hold-up? Public reaction to an inevitable increase in prices at the pump.