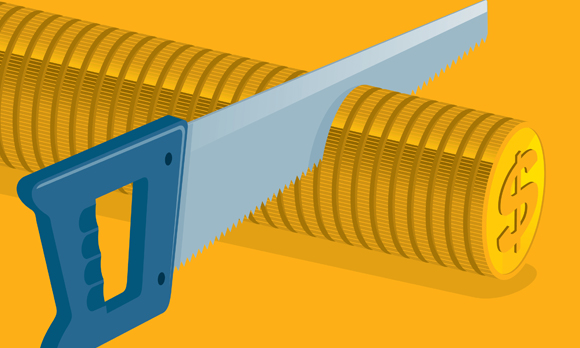 Petrobras slashes its investment plan for the third time in just over six months as it tries to preserve cash to pay its debt, the industry's largest.

With oil prices at more than 10-year lows and the company's $15.1 billion asset sale stalled, Petrobras cut its 2015-2019 capital spending budget by a quarter to $98.4 billion from $130 billion in June, according to a securities filing.

With planned 2016 investments of $20 billion, versus $27 billion in June, Petrobras also trimmed its outlook for oil production in Brazil this year by nearly 2 percent to 2.145 million barrels per day from 2.185 million bpd.

The production cut underscores the difficulties facing Chief Executive Officer Aldemir Bendine during Brazil's worst recession in at least 25 years and with its currency, the real, in a tailspin.

Lower spending will free up cash to make payments on the company's $130 billion of debt, but it also threatens to crimp future output that investors are counting on to pay longer-term obligations.

Such risks, including falling oil prices and a giant corruption scandal, led to Petrobras' loss of its coveted investment-grade rating last year.

In the Tuesday revision, Petrobras cut its outlook for the average benchmark Brent crude oil price in 2016 to $45 a barrel from $70 in June.

Brent crude oil fell 0.38 percent on world markets on Tuesday to $31.43 per barrel. Some analysts expect it to drop toward $20 in coming months, slashing potential returns on Petrobras' technically complicated and remote offshore oilfields. If that happens, the company may need to cut spending further.

The situation has worsened because of a nearly one-third decline in the value of Brazil's real against the dollar last year. That means Petrobras needs more local currency to pay its debt, most of which is in dollars.

With Brazil's economy on track to post its longest recession since 1901 this year, demand for fuel and other Petrobras products in the world's seventh-largest economy is falling.

The revision to the 2015-2019 plan is likely to be the last as the company is expected in February to release a new five-year plan running through 2020.

Under the revised plan, about $80 billion, or 81 percent of the planned capital spending for 2015 through 2019 is budgeted for exploration and production. About $10.9 billion is earmarked for distribution and refining, with the rest being allocated to natural gas, power generation and other areas.