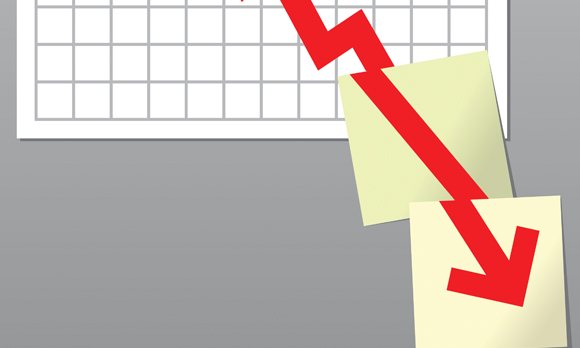 US shale oil production is expected to fall for a seventh month in a row in February, declining at about the same rate as the month before.

NEW YORK, Jan 11 (Reuters) - U.S. shale oil production is expected to fall for a seventh month in a row in February, declining at about the same rate as the month before as drillers manage to eke out a few more barrels from each new well, U.S. data showed on Monday.

Production was estimated to have fallen by about the same margin in January, despite some expectations that the decline rate would begin to quicken as companies slash spending.

If true, the decline would take U.S. shale output to 638,000 bpd below the March 2015 peak, a far slower drop than many analysts had expected just a few months ago. Shale firms' resilience in the face of crashing crude oil markets has added to the selloff, pushing prices to near 13-year lows this week.

But some regions were still growing, 18 months into the oil slump. Production was forecast to rise by 5,000 bpd in the Permian Basin in West Texas and eastern New Mexico, the data showed.

The data added to indications that producers were running out of ways to extract more crude from each well, part of the industry's efficiency drive that helped them lower costs and maintain spending.

After surging by dozens of barrels per day for much of 2015, the number of barrels likely to be pumped from a new well in the Bakken would rise by 5 to 724 bpd in February, and rise by 2 bpd in the Permian, the EIA data showed.

Total natural gas output would decline for an eighth consecutive month in February to 43.7 billion cubic feet per day (bcfd), the lowest level since February 2015. That would be down over 0.4 bcfd from January, making it the biggest monthly decline since January 2015, according to the EIA data.

The biggest regional decline was expected to be in the Marcellus formation in Pennsylvania and West Virginia, down 0.2 bcfd to 15.2 bcfd in February, the lowest level of output in the basin since August 2014.

Atul Chattree  |  January 19, 2016
With proven fields around the world going well past their prime and newer means calling up for more cost&expertise and the market playing truant with continuously lower returns times are hard for the industry with which I had been associated for more then two decades and such scenarios might continue still further.Also since alternate sources of energy are being harnesses and seem to pickup as of now the dependence on oil &gas is likely to stagnate if not scale down.Hope this be a temporary phase before things get streamlined again Atul.
Philippe  |  January 11, 2016
Managing a LTO-shale play is totally different than a standard reservoir play. First you do not pump from a LTO play. The fracking pressure once attained in the 100,000 psi at the bottom horizontal bore is stopped. The 100,000 psi is made of the hydraulic head that a 10,000 feet well plus the top side positive displacement, 20,000 psi, pumps. Once the fracking stop the release crude oil or gas goes up top side, in doing so gradually the bottom pressure will go down and the production will go down as well. It is expected that an Initial Production IP well a newly operating well, will lose 30% production the first year. It is natural that production will go down after a year, and more thereafter. To keep a stable production new IP well must start production. Presently in the US there are thousands of potential IP wells waiting for the index price to go up. Contrary to a reservoir play where shutting down a well is problematic, therefore the production continues. In a LTO play you control your production by adding IP well as required, but you can do so as the market conditions are favorable. Thing you cannot do with a standard reservoir play. It is true that the US production goes down, but should or when the price goes back up, within a month or two many standby IP wells will start production. This is impossible in a standard reservoir play. The US production will modulate with the price of WTI.