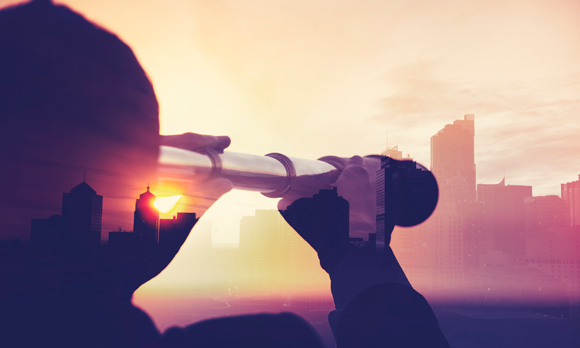 Last year was dismal for the rig market, but 2016 could be worse.

This past year in the offshore rig market was one many would like to forget. Oil prices plummeted to below $40, and as a result, rig utilization declined throughout the year and day rates followed suit. Early contract terminations, particularly for floating rigs (semisubmersibles and drillships), have become more commonplace than at any other time in history, and delivery dates for rigs under construction continue to be delayed. Spending by oil companies fell by 20 percent in 2015 and a further 11 percent drop has been forecast for this year. However, as bad as 2015 may have seemed, indications are that 2016 could be just as bad or even worse – so forgetting about the past year may be easier than one would think. The following is a recap of some of the key numbers from 2015 and how those numbers might change this year.

As of Dec. 30, 2015, the price for Brent crude oil was $36.46. Prices hit a high for 2015 at $64.56 May 31, 2015, representing a 43 percent drop by the end of the year. Even as of Oct. 31, prices stood at $48.12, meaning prices fell another $12 the final two months of 2015. Overall for the year, Brent crude averaged around $55. According to RigOutlook, which provides a three-year outlook of the offshore rig supply, demand and day rates, the price for a barrel of Brent crude should average around $45 in 2016, with the range running from $40 to as high as $55. Obviously, the oil market faces many uncertainties heading into 2016, including the pace and volume at which Iranian oil reenters the market, the strength (or weakness) of energy demand and the responsiveness of non-OPEC (Organization of the Petroleum Exporting Countries) production to low oil prices.

Turning to the rig market, the decline in rig utilization can be illustrated quite simply. In January 2015, worldwide jackup utilization stood at 75.1 percent, with 396 of 527 units under contract. By the end of December, it had dropped to 62.1 percent, a 13 percent decrease. For floating rigs, it was a similar story. In January 2015, 254 of 366 units were under contract for utilization at 69.3 percent. At the end of December, 201 of 359 floaters were contracted for utilization at 55.9 percent, a 14 percent decline. While some regions of the world will fare better than others, the uptick in early contract terminations, drilling project postponements and the number of operators not exercising options on existing contracts will very likely continue to drive utilization down in 2016.

Looking at new construction, there were 33 rigs delivered in 2015, consisting of 11 drillships, 18 jackups and four semisubmersibles. As of Jan. 5, RigLogix showed there were 103 rigs (excluding four tender-assist units) scheduled to be delivered in 2016, made up of 76 jackups, 14 drillships and 13 semisubmersibles. However, it is doubtful all of these rigs will end up being delivered. There have already been 96 delivery dates extended and with market conditions expected to remain in place or deteriorate a bit further, rig owners will continue to postpone final rig payments (some are as much as 95 percent of the construction cost) as long as possible. In addition, some construction contracts will be cancelled, turning shipyards into sales agents as they try to dispose of unwanted rigs that are either completed or near finished.

As for rig attrition, RigLogix shows there were 41 rigs removed from service in 2015, comprised of 15 jackups, 20 semisubmersibles and six drillships. Most of the 41 rigs were retired during the first-half of the year – 31 to be exact. The slow pace of attrition that occurred in the last six months of 2015 was unexpected, but we believe that as 2016 progresses the heightened pace of attrition will resume.

When utilization falls, day rates are never far behind, and 2015 was no exception to that rule. According to RigLogix, the average day rate contract fixture for the jackup market in January 2015 was $122,167. By the end of the year, not only had the number of fixtures dropped, but so had the average to $98,016, a 20 percent decrease. For floating rigs, the decline was even more severe. In January, the average contract fixture averaged $392,417, but in December the number had fallen to $264,571, a 32.5 percent decline. It should be noted that these averages include numbers for all rigs, notwithstanding region or rig class. For this article, fleet averages were used only to illustrate the direction of the market. In some areas of the world, rates currently being signed for new jackup contracts are approaching operating costs, while in others significant rate reductions have taken place. However, on a positive note, some of those contract renegotiations have also resulted in additional contract term. For those jackups and floating rigs still earning the high day rates agreed to from a few years ago, it is likely just a matter of time before those are renegotiated down or in the most extreme cases contracts terminated.

In summary, 2016 is likely to be a survival year for those companies that operate in the offshore rig arena. Oil prices, barring any political or other unforeseen events, will likely stabilize in a range that will not enable much spending by operators. Contract terminations will continue to strip rig owners of much needed revenue and rig attrition could reach record numbers. Utilization will continue its downward slide and day rates will follow, and new construction deliveries will be kept to as much of a minimum as is possible.