The Future of Oil, Gas Technology: Q&A with Bruce Calder 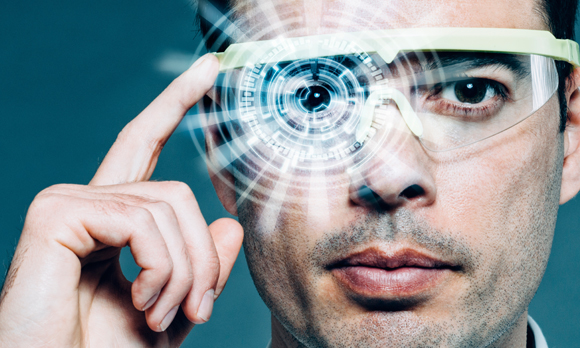 Rigzone talks to Bruce Calder, chief technology officer at Honeywell Process Solutions, about the future of technology in the oil and gas industry.

Technology improvements over the last few years have shaped the oil and gas industry for the better. Advances in seismic imaging and new techniques to improve oil recovery, for example, have helped increase proved oil reserves to more than double the level they were at in 1980. Other technologies such as horizontal drilling and hydraulic fracturing have opened up significant shale oil and gas formations, which have eased concerns about oil and gas running out, according to BP’s 2015 technology outlook.

But what does the future of technology look like for the oil and gas industry? To get an idea of what’s in store, Rigzone talks to Bruce Calder, Honeywell Process Solutions’ chief technology officer, about new equipment in the sector, the motivation behind producing it and the effect of the lower oil price.

Rigzone: What kind of technology can we expect to see in the upstream oil and gas sector in the future?

Calder: What I see happening is taking all this great technology from the [outside] world, the consumer world, and figuring out how to bring it to our advantage. In upstream … especially now with the price of oil, we’ve got to get costs out. To remain competitive, we’ve got to drive down the costs, which means we’ve got to do everything more efficiently. Whatever humans are doing, it better be enabled so that we can get more and more out of the people that we have and I don’t know how else to do that other than give them technology and tools. So, you’ve got things like embedded sensors in clothing that could work for safety reasons. That is certainly viable in upstream oil and gas.

[Another] thing we’re piloting now is augmented reality and it’s a pretty cool thing. You walk up to a control system panel [now] and what do you see? You see a bunch of cards and lights and everything and [think] “what is this stuff?” Do you know that you can hold your cell phone up and, with a camera, it’ll overlay on the picture what those LEDs are telling you? There’s flashing in this way? Here’s in text what it’s actually telling you. Here’s actually what’s wired to those terminals. That’s the tag name of each terminal. What the current value is. And you can just do that. That’s the kind of technology that we’re deploying.

As opposed to what would you do now? You’d be talking to somebody on the radio, trying to figure out [what’s going on] … [It’s] an amazing productivity improvement. Even something as simple as using the power of your phone. The Apple watch [is something else that could take off in upstream oil and gas] … I can imagine people on oil rigs with that kind of technology. That’s actually much better than having to pull for what’s going on: they can be notified immediately.

The only way customers are going to stay cost competitive and beat the competition is by deploying this new technology. This is all great stuff for operating better and more reliably … but the biggest thing is … Big Data. Better productivity on a continual basis and you’re the low-cost producer. You’re going to survive the downturns … or you’ll survive profitably and the other ones are going to go out of business eventually. They’re going to have to shut down. In the United States … the ones that are lean and mean … and getting their costs down, they’re still running.

Rigzone: Do you think the oil and gas sector would be quick to adopt these new technologies?

Calder: I see a difference in our industry over the last couple of years. Our industry has been notoriously slow in adopting new technology … I thought it would be years before our customers would really start to adopt mobile devices [but] no, they’re adopting it, they’re demanding it. Some of our most conservative customers have corporate initiatives to get everyone an iPad.

All these big companies, they’re seeing they will not be competitive in the future if they let the little guys come in with technology and take over. So they’re pushing a lot of this stuff themselves. So, maybe a year ago I would have said no … [but] they’re moving much much faster now.

I think what it’s going to take, though, is those little guys that can grab some of this and go faster and the competitive pressure will be there for the big guys that need to move faster. That’s a big challenge for them, to move faster, they’re going to have to figure out how to do that.

Rigzone: Do you think a return to a higher oil prices would discourage the adoption of new technology?

Calder: The people that did all this are poised to just make a ton of money. As soon as [the oil price] comes back, they’re on the leading edge, highest margins, more money to invest … the companies that are using the right technology to bring down their costs and bring up their productivity … they’re the ones that are going to succeed.

And it’s not necessarily the big guys … Actually it’s maybe the little guys that have more advantage … to take a hold of some of this IoT [Internet of Things] technology and blow away the big, slow moving guys.

Rigzone: Is the rise of millennials in the oil and gas industry shaping the technology that’s becoming available?

Calder: Absolutely. Attracting [millennials] to our industry is a huge thing. We need them. They need to be attracted in this industry and they’re not going to come in unless we have these kinds of capabilities … and they can immediately see, “why are you doing it this way? I can do that with my phone.” [It’s about] leveraging all the technology that millennials have helped create through demand. It’s always just so much fun to link up a piece of new technology like that to our industry and figure out how we can take advantage of it.